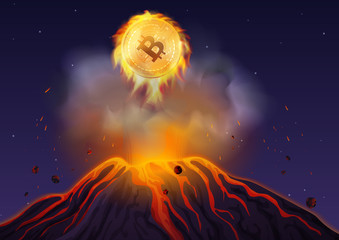 For a few days now, Bitcoin has been showing signs of recovery but they were mild. However, the rally turned explosive on January 7 continuing the gains of the previous day by surging past $8,000. Then, the flagship token soared above the 200-day moving average for the first time since November 2019.

This strong upside trend even took the digital asset above the long-term descending channel that had formed on June 25, 2018. The token even surged outside of today’s channel breach. Notably, Bitcoin has been pinned below that trendline since October 26 after President Xi Jinping of China called for the country to increase the pace of the development and implementation of blockchain technology.

Most of the analysts and commentators are convinced that Bitcoin’s strong surge from $7,000 to almost $8,500 at one point was majorly influenced by the escalating tensions between Iran and the United States. Interestingly, the recent rise past $8,500 happened as international media outlets reported that Iran had attacked United States troops. The troops are stationed at two military bases located in Iraq.

More than 12 missiles were fired at these bases. Currently, no casualties have been reported. Oil and gold prices also increased sharply with gold futures rising 2% to $1,605.80 and spot gold price topping a 6-year high at $1,603.21. 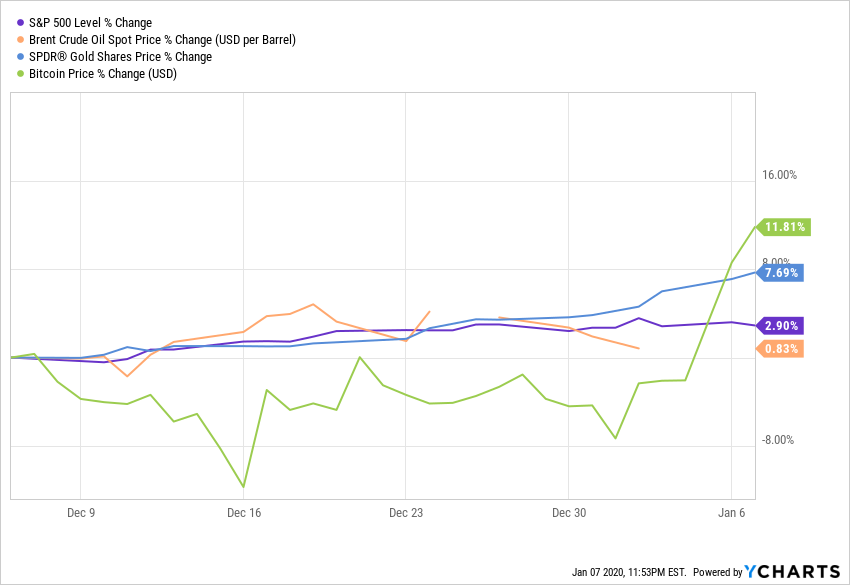 Brent crude rising to $71.75 per barrel and the West Texas Intermediate crude futures rallied to $65.65 as crude oil gained 4%. While commodities like silver, gold, and oil rallied, the S&P500 and Nasdaq futures pulled back slightly and the Dow Jones Industrial Average futures dropped by 343 points.

These movements in these markets suggest that traders expect the escalation between these countries will negatively affect Wednesday’s open in traditional markets. Bitcoin’s rally alongside assets like gold, oil, and silver does not come as a surprise to most traders. They are convinced that the token is correlated to the price action of commodities. 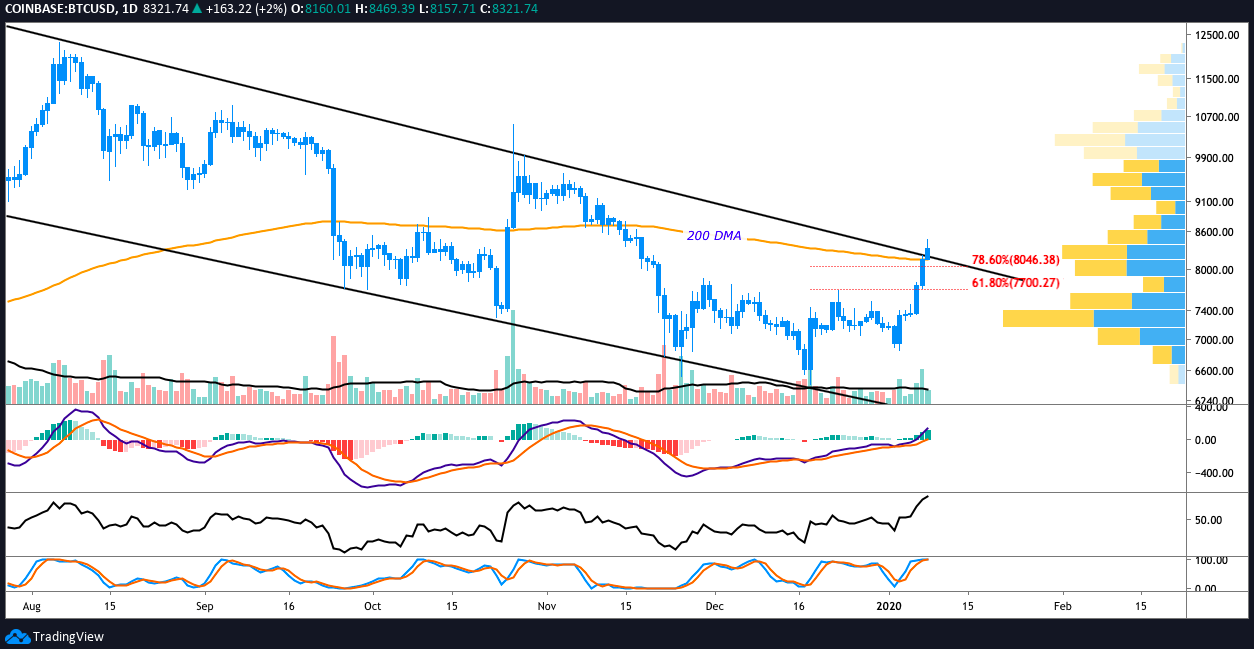 Since January 6, Bitcoin has rallied 15% and the traders are keenly watching. They aim to determine whether the token can hold these gains above the descending channel and the 200-DMA. The rally is starting to appear a little over-extended in the short term. The 6-hour relative strength index (RSI) throbbing the overbought territory at 84. A similar scenario has also developed for the Stochastic RSI. 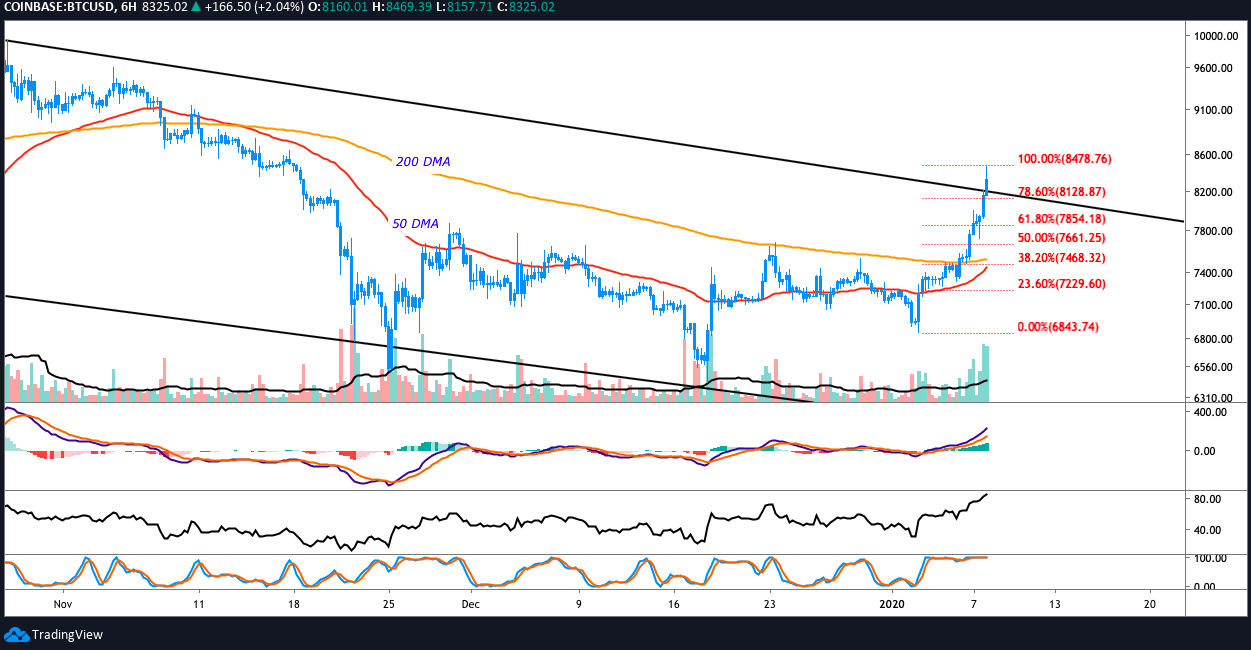 The strong move to $8,470 is a positive sign that enabled the price to dismantle the $8,100 – $8,300 high volume node. That node was formed by the volume profile visible range (VPVR). As a pullback arises, another major development would be to see the $8,300 handle flip from resistance to a support.

If the bulls surrender the $8,300 level, the BTC price may drop back to $8,150. That price level is right along the main arm of the descending channel. It exists close to the 78.6% Fibonacci retracement level.

The general crypto market cap now stands at over $218.5 billion and Bitcoin’s dominance rate has surged to 69.1%. Chainlink is the most notable gainer among the altcoins surging by over 10%.