China En-route To Introduce Its Digital Yuan To The World 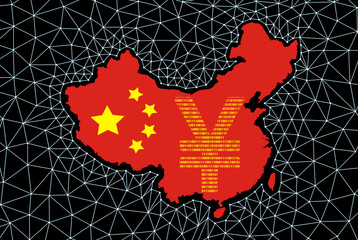 Reports emerged in 2019 that the People’s Bank of China (PBoC) had embarked on developing a state digital currency. China went public with the news of its central bank digital currency (CBDC) after learning about Facebook’s Libra project that is expected to launch later this year. According to China’s central bank, it is progressing smoothly with its development of a government-backed stablecoin.

PBoC issued its statement in a working conference held in Beijing between January 2 and 3.

China has devoted up to five years of research and system development work to its imminent CBDC. The central bank even conducted its maiden real-world pilot of the new currency in December 2019.

Resembling a digital legal tender, the CBDC is expected to be controlled entirely by the PBoC. It differs from the private and decentralized cryptos since they are not controlled by any single entity. China’s digital Yuan will be 100% backed by the reserves commercial institutions pay to the central bank.

As noted earlier, the central bank made a short statement on its progress with the CBDC as part of a meeting that was devoted to studying and implementing the Fourth Plenary Session. This is a part of the 19th Central Committee of the Communist Party of China. The conference was held in October 2019 and during last month’s annual Central Economic Work Conference.

Speeches by the Chinese Communist Party Secretary Guo Shuqing and PBoC President Yi Gang were the highlights of that conference. They summarized the PBoC’s work in 2019. Also, they outlined the bank’s primary tasks for continuing to develop socialism that is mainly influenced by Chinese characteristics in 2020.

The bank’s remit this year will work under the aegis of the State Council and the Party Central Committee. It will comprise of various things. the bank will make “countercyclical adjustments” to monetary policy while simultaneously tackling financial risks and pursuing a continuous liberalization of the national economy.

China And The Global Blockchain Industry

The effect of China’s digital forays and a state-led blockchain strategy on the current decentralized protocols remain a mystery. However, commentators are closely monitoring Beijing’s actions for clues to explain its changing stand regarding censorship, interoperability, regulation, and international strategy.

“We would be able to debate what ‘decentralized’ will mean in the case of China. If we agree that ‘decentralized’ would mean, at a minimum, a token that is censorship-resistant, autonomous, and anonymous, it is hard to see the Chinese government facilitating that.” 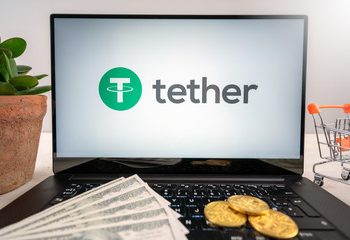 Tether Experiencing Increased Usage in DeFi After An Unconvincing Start