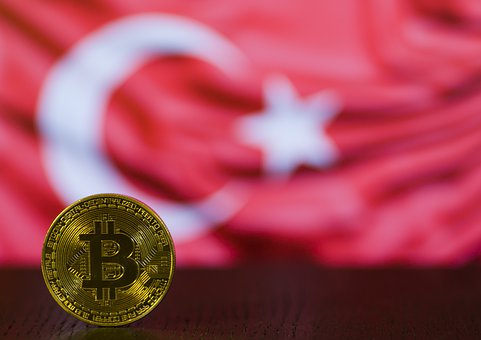 As the crypto market continues to languish in uncertainties, the underlying blockchain technology seems to be developing consistently. In the latest reports, Turkey‘s Istanbul Clearing, Settlement and Custody Bank (Takasbank) confirmed that its long-awaited blockchain-based, physical gold-backed transfer network is now live.

The project, dubbed BiGA Digital Gold, was developed by Turkish Takasbank. This system offers banks a blockchain-based system for repayment, issuance, and transfer of digitized gold as elaborated by a December 30 announcement.

The BiGA system was first announced in September 2019. It lets all participating banks to use blockchain technology to readily transfer digital assets that represent a certain quantity of physical gold. Every asset transacted on this system represents a gram of gold. The gold is physically stored in vaults of the Borsa Istanbul (BIST) Turkish stock exchange.

According to a publication by the official website, the BiGA project is well-designed to:

“Establish an infrastructure that will allow for the execution of the transfer of de-materialized gold at certain standards with their physical equivalents kept in safe custody using blockchain technology.”

While asked to comment on the new development, Takasbank officials said:

“This platform distinguishes itself from many similar projects in the world by allowing the use of blockchain technology to transfer digital assets based on physical commodities, not having any value of its own, and ensuring full compliance with existing regulations.”

Major Banks Have Signed Up

Takasbank is known as the central clearing and settlement house in Turkey. Additionally, it is known to offer major counterparty clearing services for specific BIST markets. These markets are designated by the local financial regulatory and supervisory agency known as the Capital Markets Board of Turkey.

Turkey has experienced constant growth in blockchain projects after the country’s announcement of plans to create a national blockchain infrastructure. The public and private sectors have been active in this field. Turkish President Recep Tayyip Erdogan confirmed that his government would finish testing its blockchain-based “Digital Lira” in 2020. He was speaking at the 2020 Annual Presidential Program.

BIST developed a blockchain-based infrastructure in September 2018. The system was designed to support better financial data transfers in conjunction with the Central Securities Depository of Turkey and Takasbank.