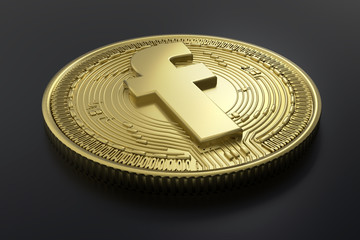 Facebook unveiled a new product aiming to join the top contenders in the social media space and payment services. Data ranks among the most valuable things in the world today. Thus, most of the big tech firms go the extra mile trying to gather all the data that they can get from Internet users.

Tech behemoths like Facebook, Apple, Google, and Amazon continue to reposition themselves continuously to maintain the top spots in the data food chain. Apple Inc has a credit card that was launched this summer. Amazon is lobbying banks for checking accounts while Facebook is expanding globally with its soon-to-be-launched Libra currency.

Google is not left behind. The Search Engine company is partnering with Citigroup and Stanford Federal Credit Union to offer checking accounts. The new product that is expected to come up from this partnership is known as Cache. Its launch date is expected to be in 2021.

Facebook recently launched another product known as Facebook Pay. Its purpose is to make payment transactions easier to the users of WhatsApp, Messenger, Facebook, and Instagram. This product promises to be consistent, convenient, and secure for every user. Payment services across Facebook apps are not new since people already use the payment system on Facebook to shop, make donations, or send money to one another.

Facebook Pay comes for upgrading to simplify the method of transaction further and to tighten security on the users’ information to guarantee their cyber protection.

Users will not need to input their payment information each time they want to make a payment. They will just need to provide their preferred payment method once and then readily make purchases and payments in any place where Facebook Pay is available on different apps.

Users can choose the app to set up Facebook Pay. They can also decide to set it up one app to the next or make it apply to all Facebook apps wherever it is available. The company also gives users control to decide where Facebook Pay should be applied and where it should not. Payment methods, payment history, and settings updates are accessible and can be managed from one place.

The company offers customer support in real-time through live chat for the US users for now. But, Facebook is preparing a rapid worldwide expansion to enable more customers to access the product. Facebook Pay is expected to offer a definite distinction between different payment services in the market and Facebook’s financial service.

The new Facebook Pay launched off in mid-November in the United States and will be available on Messenger and Facebook for a start. Users may begin to use the service instantly to send money, buy event tickets, for in-game purchases, and participate in fundraisers.

Plans are now in progress to bring Facebook Pay to more of the company’s apps like Instagram and WhatsApp and make it readily available to places and people outside the United States.

The main reason for the development of Facebook Pay is to enable people to make payments conveniently, consistently, and securely across WhatsApp, Messenger, Facebook, and Instagram. But, it will be unveiled first on Messenger and Facebook. Whenever people are chatting, they can get the Facebook Pay icon near the chatbox where the video and photo icons are located.

After completing the transaction, it appears in the messaging history of the two users. Facebook Pay is easy to use since all a user has to do is to:

First, go to the settings on the Facebook website or app. Click on Facebook Pay and add your payment method. With that done, you can use the service the next time you need to make a payment. You can also set up Facebook Pay on WhatsApp and Instagram following the steps mentioned above.

Facebook Pay supports major debit and credit cards with Stripe, PayPal and other financial service companies are partners of the new product. All these partners aim to ensure that the payment transactions of users are fully processed. Facebook Pay is not standing alone since it is supported by partnerships and existing financial infrastructure.

Please note that Facebook Pay is different from the Calibra wallet although the two fall under the Facebook company umbrella.

Facebook has not faltered in the area of payment with users affirming that the company’s payment ecosystem has been trusted since 2007. Since 2015 when Facebook’s first fundraising tools were launched, the company has processed over $2 billion in donations. Facebook Pay assures that card and bank account numbers are encrypted and securely stored.

Users can choose a PIN or their device biometrics like touch or face ID recognition, to enhance the security of the transactions during the payments transactions or sending funds. It is important to note that users devices’ biometric information is not received or stored by Facebook.

Facebook has encountered regulators and authorities due to issues surrounding privacy. After the company unveiled its Libra project, regulators were extensively rattled. To ensure that the new product succeeds, the company made it clear that Facebook Pay thrives on the existing financial ecosystem and partnerships.

The project is not related to the Libra network and will function independently. It is not related to the Calibra Wallet in any way. As Facebook strives to connect all its apps, analysts and commentators believe that it is an ingenious move to avoid any future breakup of the company. It could also be a strategy to create a sufficient defense against outside attacks.

At the moment, Facebook is undergoing serious scrutiny from regulators due to antitrust concerns. Hence, it is sensical that all brands of the company unite to forestall any trial by regulators to attack any Facebook subsidiary. Facebook Pay is up against Square, Venmo, Apple Pay, and Google Pay.

Thus, the competition will be stiff featuring a battle of supremacy between the big tech companies. But, Facebook is expected to get a space in the competitive market using its massive user-base as leverage.

Facebook Pay is one of the many projects that the company is indulging in to make business transactions easier, accessible, and quite secure for the users of the company’s apps. Eventually, Facebook aims to offer users more options in matters of buying and selling things online. It will also help people to do businesses that are highly dependent on Facebook more successful.

Hence, what lies ahead for Facebook Pay is to continue developing the product to make it attain great value useful for the people using Facebook apps. Facebook is making strategic moves through Facebook Pay which makes all its social media apps linked together. The launch of this payment product has come at a time when calls are becoming louder aiming to force the company to disintegrate.

Mark Zuckerberg has always wanted to harmonize all of Facebook’s apps and with the rise of Facebook Pay his ambition is close to becoming a reality. The company stated that all payment services for Messenger, WhatsApp, Facebook, and Instagram will be consolidated into Facebook Pay.

With the launch of Facebook Pay, it now seems like Facebook Libra will also launch though the global stablecoin is still fighting to stay afloat. Interestingly, Facebook Pay will enable users to make payments through a system that functions like any of the existing peer-to-peer payment apps.

As for Libra, it still has a long way to go. Whether it will be launched or not, only time will tell. 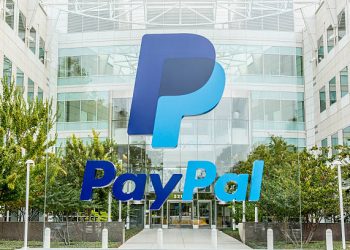 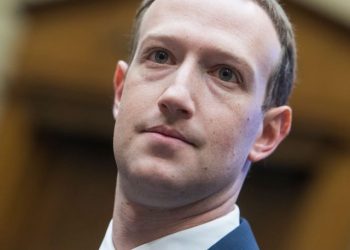