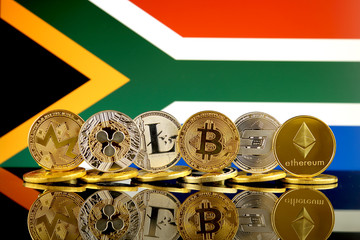 In spite of the volatility in the crypto market, the nascent industry seems to be growing. The South African Reserve Bank (SARB) is allegedly going to enforce new digital currency regulations. The bank is said to have made that move in an attempt to deter crypto users from evading the set currency controls.

According to a report by Business Report on December 2, Kuben Naidoo, SARB’s deputy governor, stated that the new regulations will get implemented in Q1 2021. The expected implementation follows a 5-year-long series of consultations on this matter.

The crypto and blockchain communities have now responded to the idea of additional controls on cryptocurrency. The South African blockchain development community SA Crypto said:

“The implications of the Sarb clamping down on cryptocurrency use for the purpose of stricter capital controls are far-reaching and alarming.”

In recent years, digital currencies have proven to grow in popularity in South Africa. Around 10.7% of the country’s residents own cryptos. That percentage is the highest of any country that was surveyed. Consumers decided to seek protection for their money away from the South African rand. The rand ranks among the most volatile currencies worldwide.

A variety of cross-border payments is a major contributing factor to crypto popularity in this country. That is evident particularly from how remittances are regularly sent to 15 other countries from South Africa on the continent in what is referred to as the Southern African Development Community.

The general manager for Africa at Luno, Marius Reitz, said that the increase in customers indicated that there is an increasing global crypto adoption. He also reinforced the company’s purpose of:

“Reimagining a financial system where money is cheaper, faster and safer with open and equal access for everyone”

At the same time, BRICS members, South Africa included, deliberated on the creation of a new crypto at a recent summit held in mid-November. Kirill Dmitriev, the director-general of the Russian Direct Investment Fund stated:

“An efficiently operating BRICS payment system is capable of stimulating settlements in national currencies and ensuring the stability of settlements and investments between our countries, which form more than 20% of the global influx of foreign direct investment.”

Will the new regulations attract more institutional investors in the South African crypto space or will it choke the nascent industry? Time will tell.