What Must Happen for Ether to Explode to $170 This Black Friday? 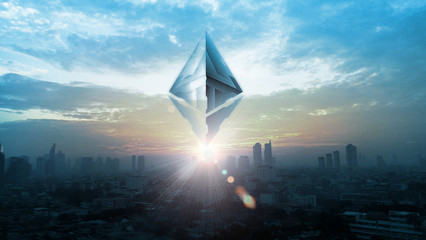 Earlier in the week, Ether encountered a major tumble as the Bitcoin price rapidly broke down to $6,560 on November 25. On that day, the price plunged violently and broke multiple supports and it formed a bottom at $131.60. That is a price level that was not seen since March 25.

Just as it would be expected, Bitcoin’s plunge to $6,560 instantly resulted in the crypto market becoming oversold. What followed was a strong relief rally that was initiated by most of the altcoins. Bitcoin later followed the rise with a 3-day $1,000 recovery. The price of the flagship token rose to as high as $7,600 on November 27.

Bitcoin struggled to stay above $7,600 and with the United States’ traders enjoying the Thanksgiving holiday; the markets seem to be relatively quiet. This has meant that Ether spent the last 24-hours trading between $150.75 and $153.68.

In a normal scenario, a cool-off period is expected after an 18.41% gain. But, Ether’s current positioning on the daily charts shows that some gains could be in store for the near future.

At this moment, the daily Relative Strength Index is rising toward 38 and the moving average convergence divergence oscillator (MACD) indicator line is rising towards the signal line. This prevailing uptrend on the histogram also shows that Ether’s price action is about to shift.

The MACD usually highlights changes that come in strength, direction, momentum, and the duration of a trend in any asset’s price. That is the strategy that the cryptocurrency traders use to predict future trends using this tool.

Even though it is not a tell-all-be-all oscillator that traders can rely on as the only tool, it comes in handy when one wants to observe trend changes when combined with other tools. Some of the other oscillators that can be combined with MACD include Stochastic RSI, the relative strength index, and trading volume.

For now, the aggressive traders will see the MACD line heading up to the signal line as an early indicator of buying interest coming back into the Ether market.

The MACD is a proven lagging indicator that trails an asset’s market price. On the other hand, the oscillators like the Stochastic RSI and RSI are dependable indicators. Traders in the market will notice that the Stoch RSI lines have already crossed into the bullish territory. What now remains at this point is a growth in the buy volume from the bulls. 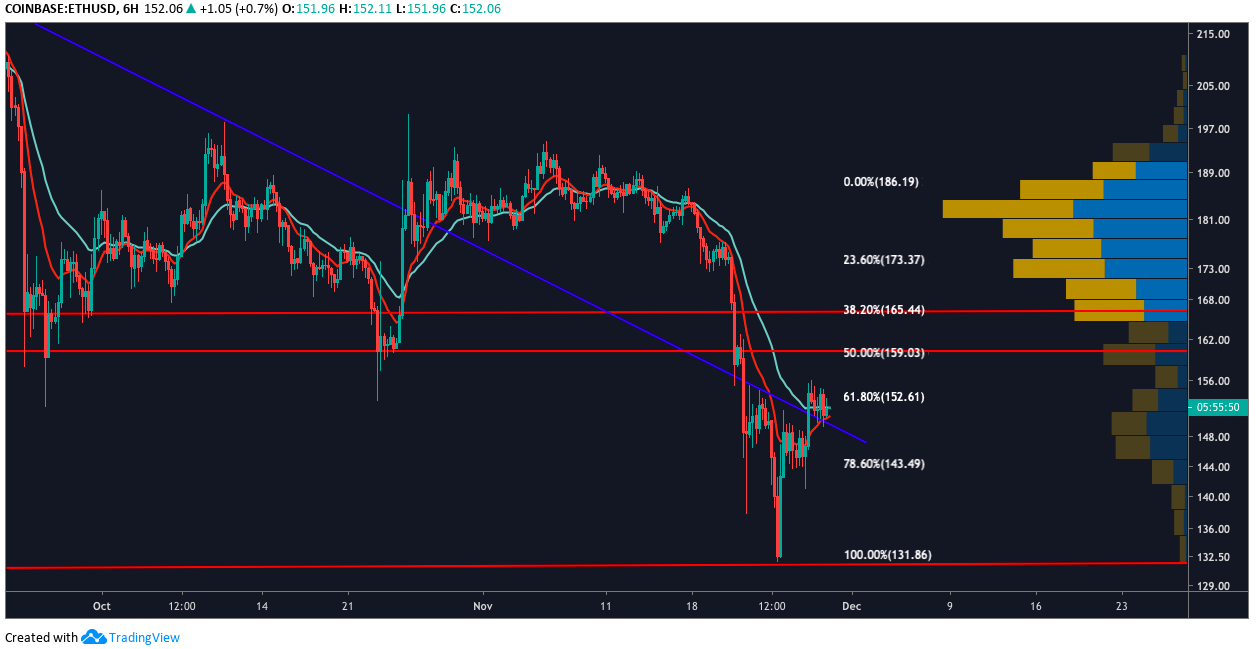 According to the current 6-hour chart, the Ether price is limited between the 12 and 26-point exponential moving average (EMA). Support has formed at $150. As a result of the rapid decline by Ether on November 25, the token shattered several supports that have in the past served as reliable bounce points.

On November 29, Ether is trying to break above $155 but each time it is deflected back downwards. If Ether gathers enough momentum to rise above the volume profile visible range (VPVR) node located at $155.27, there is insignificant overhead selling pressure until the price reaches between $171.30 and $173.85.

If the price goes on this journey, Ether will still have to overcome $160.33 and $166.22. These former supports may have already turned into resistance levels. Both of these levels also align with the 50% and 38.2% Fibonacci retracement levels. Currently, the Ether price is hovering in the spot near the 61.8% Fibonacci retracement. 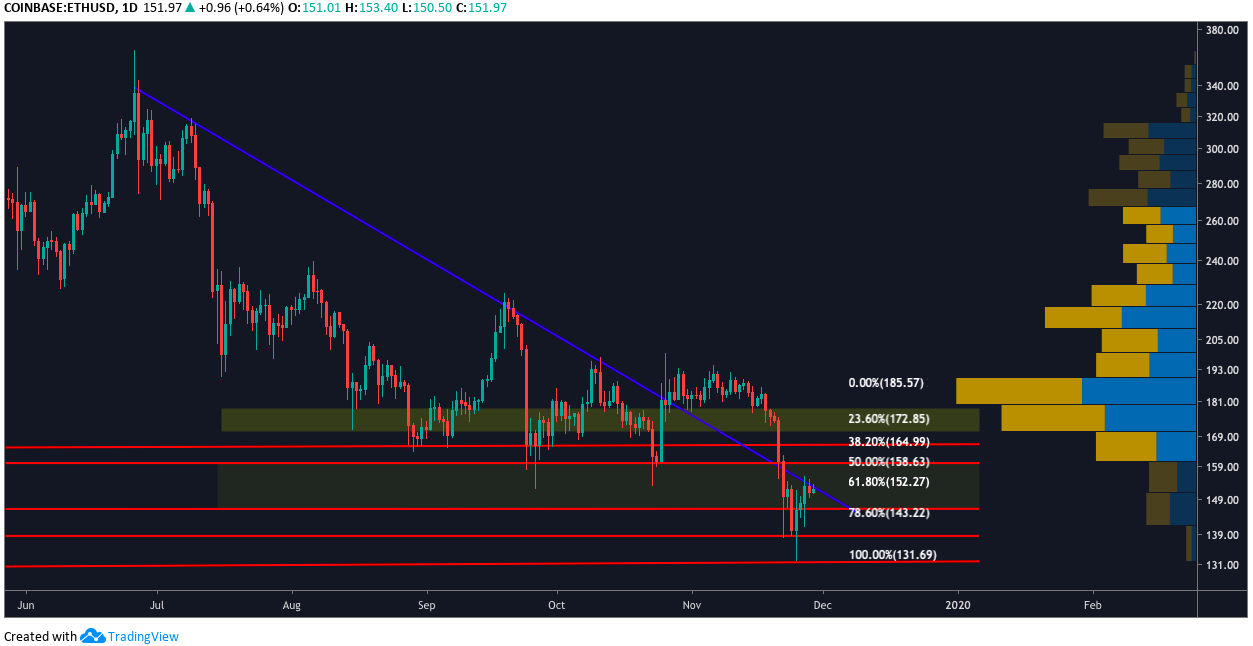 Furthermore, Ether price has surged above the long-term descending trendline that started from the 2019 high at $364. That could be another possible positive signal for Ether. 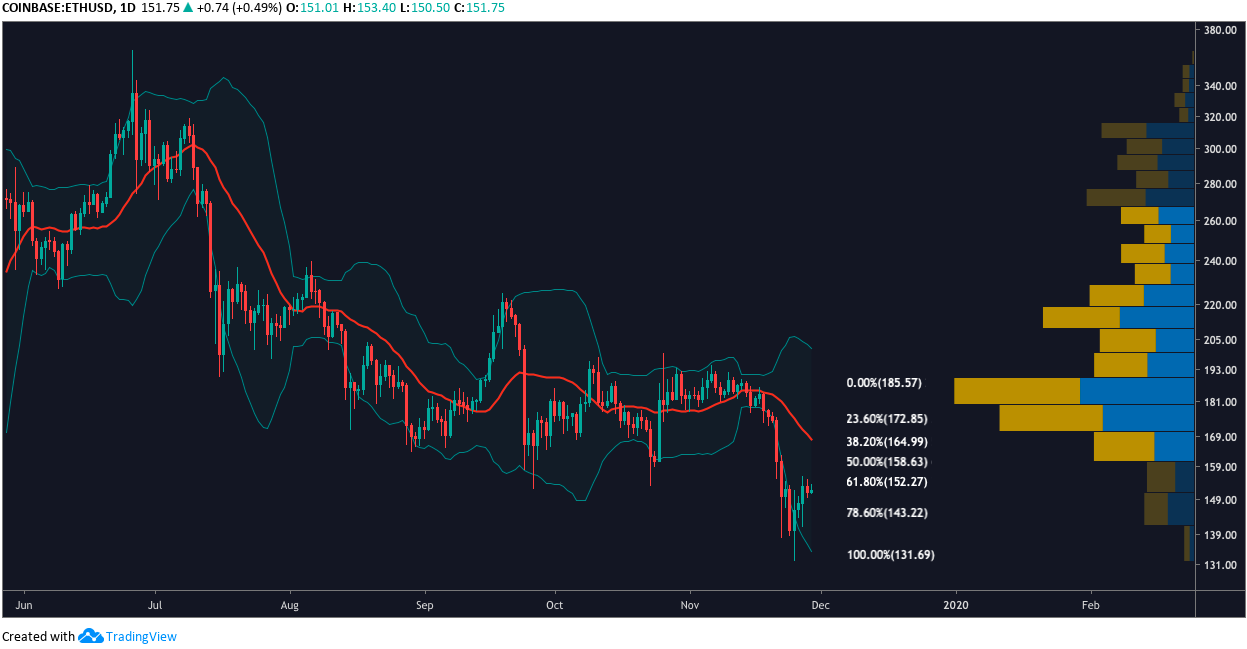 In the case that Ether price was to drop below the $150 support, the price on the 6-hour chart could drop to the Bollinger Band moving average located at $148. Any move below $144 exposes a probable plummet to the swing low at $131.69.

ETH/BTC is Silently Trying to Breakout

In this market, not much has changed because the price action of ETH is similar to that of BTC. Just small changes have occurred since the ETH/BTC pair broke form an uptrend back below the long-term descending trendline on November 23. 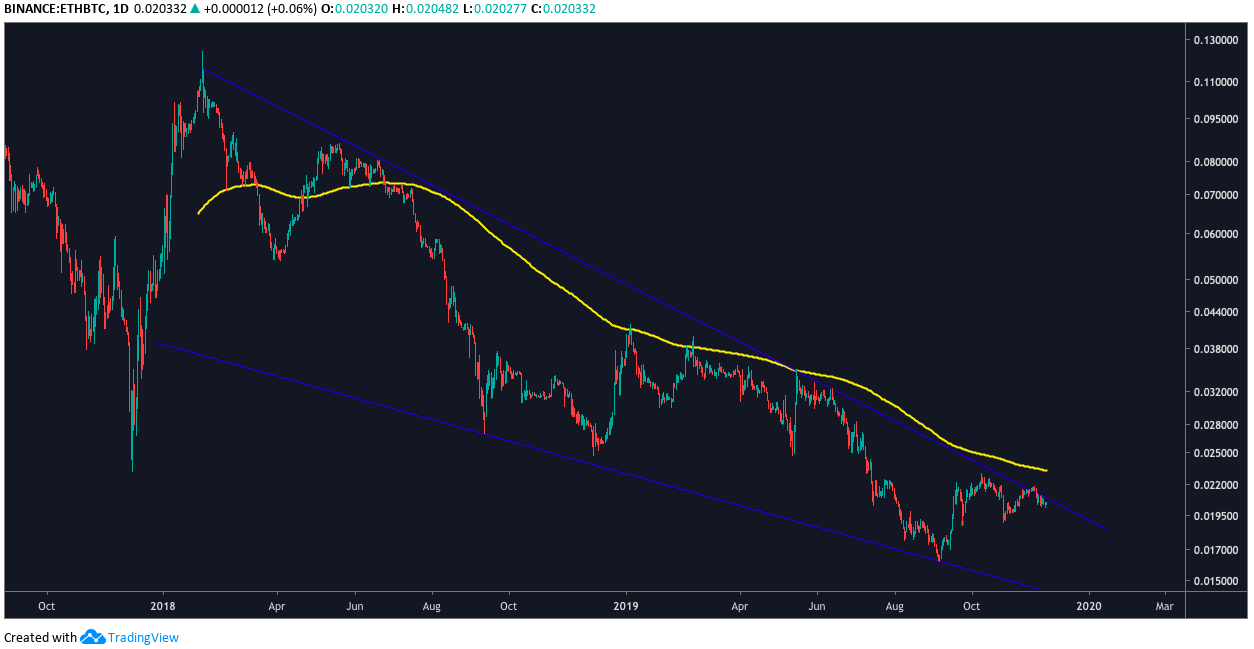 Currently, the ETH price is oscillating above the 0.020383 satoshis (sats) support. Eventually, the price must clear the high volume node at 0.022380 (sats) to set a higher high and move to overtake the 200-DMA. 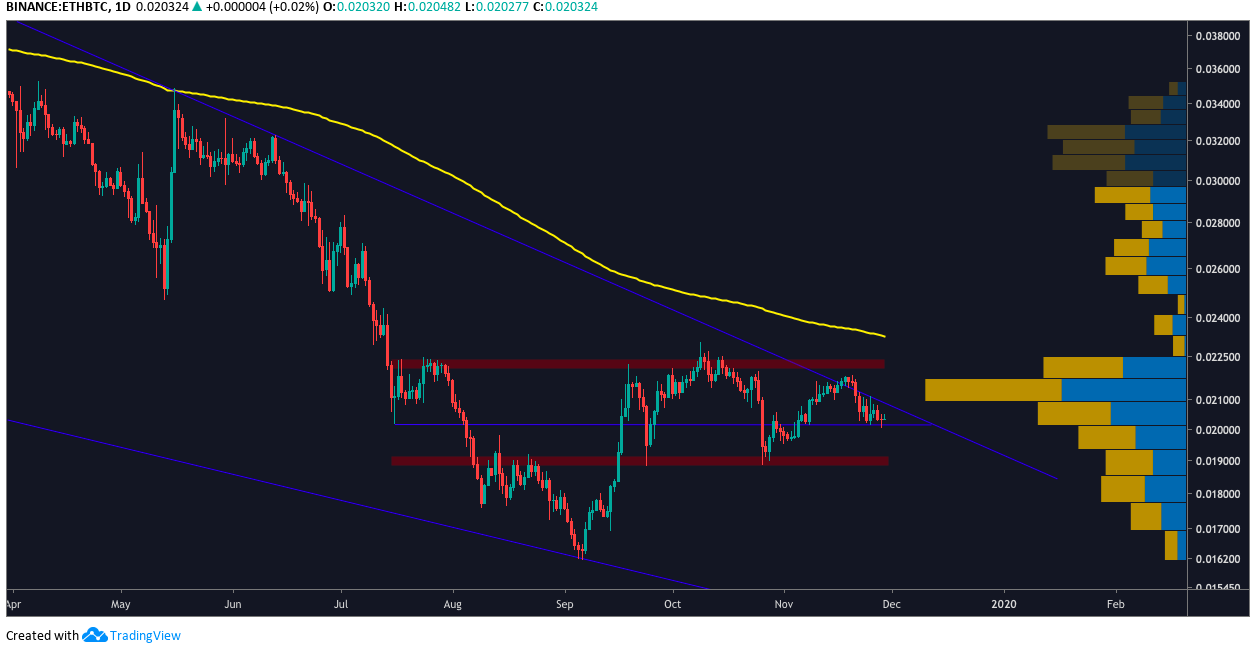 Traders must be on the lookout for an increase in volume on both pairings and look keenly to see if ETH will break above the descending trendline on the ETH/BTC pair.

At this moment, the ETH/USD pair appears more bullish than ETH/BTC. Thus, traders may opt to open positions at spot price with a sell target set at $171 to $173. The sell stop-loss order should be set at $150.