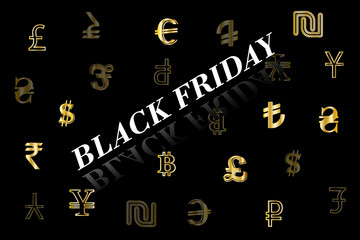 At times it is strange for events and businesses to shut down in a nascent sector. However, some of the events may have already served their purpose during their short period of existence. In that context, the creator of a well-known Bitcoin event has stated that it will no longer take place. According to the creator, his event has fulfilled its ‘initial mission.’

In an official statement from the website of Bitcoin Black Friday, Jon Holmquist stated that he had already “fallen out of love” with the initiative of using BTC tokens for consumer payments. According to him, bitcoin is an investment and a new financial instrument. He argued that BTC is a financial tool and investment apparatus and the simple payments should be handed to altcoins like Bitcoin Cash.

“I have decided not to continue running the Bitcoin Black Friday event. After 7 years, and 6 successful events, I have fallen out of love with using bitcoin as a means of consumer payment. Even though other alternatives like Bitcoin Cash exist, I think that the fundamental use case of Bitcoin is, and remains, a form of investment and as a new financial instrument.”

This decision came as 2019’s would-be Black Friday sees bitcoin trading at what many think is a considerable discount. In the past week, Bitcoin lost 20% but slightly recovered to stay just above $7,100.

Holmquist concluded in what seemed like his delivery of a clever swipe at cryptos other than Bitcoin. He thinks that Bitcoin Cash has no long-term investment purpose and it is majorly designed to be spent.

In turn, such a use case suggests that assets like BCH have no hard money qualities that bitcoin possesses. Hence, they are similar to ‘easy’ money just like fiat currency. Holmquist added:

“The ability to transact with bitcoin is at most a needed function, at worst a tack on benefit. With both my career and my personal views I’ve drifted away from using bitcoin as a new payment rail.”

In conclusion, he considered the Bitcoin Black Friday to have generally run its course:

“I think the initial mission this site had is very much accomplished.”

Nonetheless, Bitcoin businesses continue to offer Black Friday discounts independently. Among them are a 30% discount on hardware wallets from Ledger and trading fee discounts from exchange Binance.