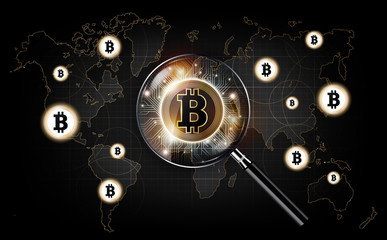 Since the past week, Bitcoin’s price has been dropping, in turn, bringing down the entire crypto market. Up to now, it is clear that all the other altcoins rely on Bitcoin for price actions and directions. The latest drop seemed to have sparked fresh interest for the flagship token from the mainstream consumers.

After the price plummeted to its lowest since May 2019, searches increased. According to Google Trends data, ‘Bitcoin’ and associated terms have significantly increased in popularity notably in the past seven days.

At the moment, Bitcoin has hit its highest search ranking since late October when it traded near the $10,000 level. A lot of interest appears to come from Africa with South Africa, Nigeria, and Ghana making it to the top three sources of traffic. Austria and Switzerland take up the other two spots in the top five.

This time around, it seems like attention is also focusing on various factors beyond the BTC price. The term “Bitcoin halving” is also in the spotlight once more since its October highs. The halving is scheduled to take place in May 2020. Commentators believe that it will act as a major catalyst for the markets.

Other analysts think that a new parabolic bullish phase will start after or just before the halving occurs.

According to previous reports, price movement normally dictates mainstream interest in Bitcoin. In that connection, volatility tends to see more press coverage away from the crypto circles. Since the start of the past week, Bitcoin has plunged by almost 20% with the monthly losses now totaling almost 30%.

Analysis from Willy Woo suggests that the volatile behavior will continue as the halving draws closer. As opposed to the previous two halving events, Woo said that 2020 is special with BTC approaching a bearish perspective.

For now, it seems like Google’s interest is limited to Bitcoin. Statistics for all terms relating to altcoins have remained relatively unmoved in recent weeks.