China Is Sprinting on Blockchain Leaving Others in its Wake, Says Binance CEO 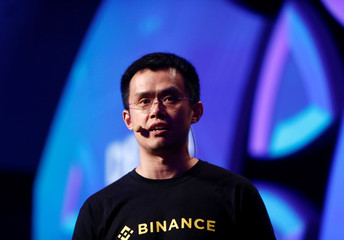 China has shown some great interest in the nascent blockchain technology. Just last month, President Xi Jinping encouraged investors to consider investing in technology to enhance their transparency and service delivery. Now, the founder and CEO of Binance crypto exchange, Changpeng Zhao, has affirmed that President Jinping’s endorsement of blockchain will result in the mass adoption of crypto.

In a Bloomberg Markets: Asia interview on November 15, Zhao, who is commonly known by his industry moniker ‘CZ’, gave his opinion on the probable worldwide impact of the recent intervention by the Chinese President.

CZ believes that race is coming soon. In October, President Jinping called for China to accelerate is blockchain technology adoption to enhance innovation and industry transformation.

Taking into consideration the likely aftermath of this high-profile endorsement and open declaration of a pro-blockchain strategy by the Asian economic powerhouse, CZ added:

“It is super positive. China is very pro-technology, so China will invest very heavily in blockchain technology and on the educational front as well. Given that China has now made that bold move, every other country in the world will have no option but to follow or move faster. But it is going to be pretty hard to move faster than China honestly.”

Highlighting at the United States’ competing geopolitical aspirations to monopolize technology, CZ believes that there is going to be a heated race between the top two world economies.

The CEO explained the effects and impact of the pro-blockchain stance going much deeper. He said that while the president may have confined all his comments to the underlying technology:

“You cannot learn just about blockchain without learning about cryptocurrencies. So I think we will see a lot more people who understand Bitcoin, Ether and other cryptos. So we will see very strong adoption there.”

When asked about Binance’s China strategy, Zhao struck a major note of caution which was not surprising. The caution was expected since the exchange was forced to leave the country during China’s September 2017 crackdown on cryptocurrency exchanges. Binancerelocated its headquarters to Malta. CZ said:

‘We want to follow the recommendations very closely and to promote blockchain technology research and development. We’re looking at several initiatives in that area. We want to help wherever we can.”

Binance made its first major strategic Chinese investment in September 2018 since leaving the country after the crackdown. The exchange participated in a $200 million funding round for a Beijing-based blockchain and crypto publication.

Earlier this November, Binance unveiled peer-to-peer trading for Ether, Bitcoin, and Tether against the Chinese Yuan. As noted in the Bloomberg interview on November 15, Binance has also been actively involved in over-the-counter crypto trading in the country. The crypto trading service raked in huge profits earlier in the year.

Speaking on November 14 at the BlockShow Asia 2019, CZ forecasted that the digital currency in development by the PBoC will run on the blockchain. His views come contrary to other industry figures.