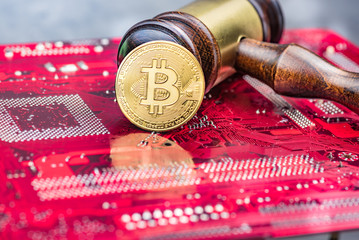 This launch came just a day after Hong Kong’s securities regulator announced new guidance for the domestic crypto exchanges. The Securities and Futures Commission (SFC) indicated that cryptocurrency trading linked to security offering or futures contracts will now henceforth go under its remit as regulated activities.

That announcement’s significance was underscored by industry commentator Dovey Wan. She is a founding partner of Primitive Ventures, a blockchain investment firm. In that context, the SFC said that a license or authorization would be necessary for crypto futures products except for the cases where exemptions apply. It published:

“Hong Kong hosts many virtual asset trading platforms which pose serious investor protection issues. Many of these may decide not to seek an SFC license under the new regulatory framework. This is a course of action which is open to them just by ensuring that no virtual asset traded on their platforms is a ‘security’ or ‘futures contract.’”

According to SCMP, the Securities and Futures Commission chief executive, Ashley Alder, has explained earlier in the week that various crypto futures or derivatives contracts offering high leverage are highly risky. Hence, this high-risk nature may probably make them be considered illegal in the region.

In spite of the new developments, Thor Chan, AAX CEO, said that he does not believe that AAX fits into the SFC’s framework. Additionally, he stressed that the platform may instead seek more licenses across the Asian region to create strong banking relationships. Chan said:

“Under the framework proposed by the SFC, I believe that part of the market will remain unregulated for a while.”

AAX was prompted to release an official statement after the SFC’s newly-published guidance saying:

“We welcome the Securities and Futures Commission’s latest guidance. AAX has always envisaged operating in regulated markets for cryptos that encourage innovation but that also offer investor protections. We see SFC’s announcement as a significant step in that direction.”

A fresh report from earlier in the week has claimed that the Securities and Futures Commission’s licensing regime for crypto fund managers that came in October 2018 has achieved just a single confirmed approval up to today.

The report highlighted on the new requirements that detailed how cryptocurrency exchanges must approach various issues. The main issues include custody, compliance issues like Anti-Money Laundering (AML) and Know Your Customer (KYC) rules, among several other issues