It Will Become Impossible to Buy 1BTC After the 2020 Halving; Why? 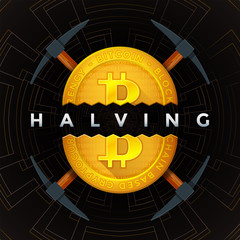 The nascent crypto industry is ever-changing and ever-growing. In that context, several events are scheduled to take place in this space in the coming year. One such event is the Bitcoin halving that is expected to take place in May 2020. According to the latest reports, the flagship cryptocurrency is gaining adoption in most parts of the world including the United States.

Data in a new Coinbase report published on Bitcoin’s 11th anniversary reveal that the total number of Americans who currently use Bitcoin exceeds the total maximum circulating supply of the token. Therefore, there is a high chance that traders and investors will not own 1 BTC after the reward halving takes place.

As someone mentioned, there are now more US bitcoin users than there will ever be BTC in circulation. https://t.co/zhGRikimMz

Coinbase has lately estimated that 27 million Americans use BTC in 2019. That number represents about 9% of the entire US population. In the meantime, it is known that there will be just 21 million bitcoins that will be mined in total.

The blog post said that email was invented in 1972. However, it took 25 years for adoption to surpass 10 million users. The television was unveiled in 1927. However, by the end of the 1940s, a mere 2% of the American families owned one.

Brian Armstrong, the Coinbase CEO, recently elaborated about the day he discovered Bitcoin back in 2010. It immediately dawned on him that Bitcoin could go-ahead to become the most significant invention since the internet.

Back in 2010 I read the Bitcoin white paper for the first time – perusing Hacker News one day. It immediately captured my attention. I felt like it could be the most significant idea I'd encountered since the internet.

Bitcoin is a disinflationary currency whose inflation levels gradually reduce as BTC heads towards the 21 million hard cap supply. All bitcoins are expected to be mined by the year 2140. With every reward halving, Bitcoin’s scarcity grows. That development historically develops a bullish case for the coin’s price.

Nevertheless, it does not mean that those who are yet to enter the market are late even though it will be quite hard to buy a full Bitcoin. A recent study published by CryptoRadar revealed that 64.8 percent of Americans have no interest in putting their money into “digital gold” in the near term. Therefore, it suggests that Bitcoin is still in a very early stage of its adoption.