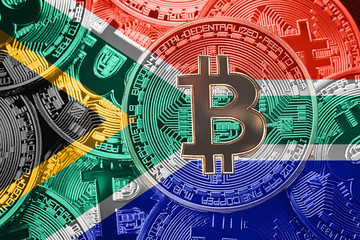 The nascent crypto technology is gradually impaction most places throughout the world. With the emergence of stablecoins like Libra, many think that it is almost the best time that cryptocurrencies break into the mainstream global financial scene. In that context, the Peer-to-Peer (P2P) crypto trading platform Paxful has experienced 2,800% more trades in South Africa in October 2019 compared to October 2018.

This data suggests that the demand for cryptocurrency investment is sharply increasing in the Republic of South Africa. Paxful announced this tremendous growth of its South African user base in an October 28 blog post. In that post, the company also commented that Pretoria, Johannesburg, and Cape Town are the three cities that have seen the highest increase in the number of users.

Paxful also stated that the general number of trades across the African continent also increased by around 64% comparing October 2019 and October 2018. Additionally, the platform allegedly now has over 3 million wallets and processes more than 50,000 trades daily worldwide.

Paxful also announced in January that the transaction volume it processed from Africa rose by over 130%. It recorded an average of 17,351 trades daily at the time. According to other reports published in September 2019, Africa is expected to be the next big market for crypto exchanges. South Africa leads in that category.

In June 2019, a Finnish P2P Bitcoin trading platform, LocalBitcoins quietly eliminated in-person cash trading from its list of services. It did that due to a lot of regulatory pressure. As a result, the volumes on the platform dwindled to the advantage of competitors like HodlHodl and Paxful. These platforms are currently experiencing a surge in demand for cash trading.

Earlier in October 2019, Binance launched support for peer-to-peer trading of Tether (USDT), Ether (ETH), and Bitcoin (BTC) against the Yuan (CNY) of China.