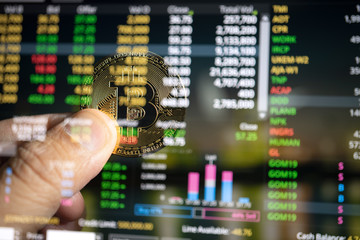 Bitcoin price has been on a roller coaster in the last few months. After a bizarre drop a few days ago, the token recovered sharply to surpass the $10K level before correcting back to around $9,300. On October 29, the BTC price was threatening to break the $9,500 level as the flagship token preserved its higher levels after a major bullish breakout a few days ago.

Analysts now suggest that a further upside movement for the price is possible. Data obtained from Coin360 revealed that BTC repeatedly tried to mount a fresh push above $9,500 on Tuesday. That level is psychologically difficult to crack with every break towards $9,600 meeting a strong rejection.

At press time, Bitcoin was oscillating in the range of $9,430 and $9,450. Volatility is still present in this market even after an abrupt drop to $9,200 earlier in the day.

Rumors are spreading around China’s public commitment to blockchain technology. These rumors continue to develop into a major talking point among commentators and analysts although China is trying to play them down. Earlier reports revealed that crypto policy never featured in officials’ latest remarks. However, these remarks appeared to support Bitcoin’s surge.

Turning to social media, commentators were still convinced that there is an upside potential movement coming in the Bitcoin market. A popular Twitter account, Crypto Rand, summarized that “#Bitcoin keeps pushing for a breakout.” A fellow account Rhythm commented on Bitcoin’s longer-term prospects:

“After the last few months of events, I’d feel more comfortable with only bitcoin in my portfolio than none at all.”

A few other developments focused on the consumer side. The institutional trading platform, Bakkt, saw an all-time high for its Bitcoin futures in recent days. The platform also stated that its consumer app and Starbucks payment partnership will go live in H1 2020.

In most cases, the altcoin markets follow the lead that bitcoin sets. This time it was no different. The altcoins posted a day filled with flat trading, mimicking BTC’s daily performance with 1%-2% moves up and down. Ether (ETH) was gaining over 1% at $187.