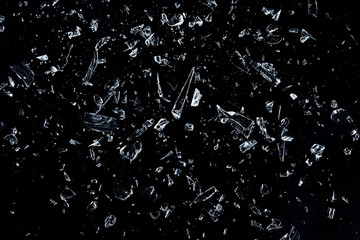 The blockchain technology is still developing. Hence, it is bound to encounter different challenges. The blockchain trilemma is one such challenge that is facing the blockchain networks and peer-to-peer (P2P) transactional operations. In reality, most crypto platforms must choose two features between security, decentralization, and scalability.

Every feature mentioned has its advantages to the overall performance of the blockchain. However, coexistence with each other poses the key issue. With one of these features having to be ignored, arguments are coming up trying to determine which is more important. Nonetheless, various projects are currently in the pipeline aiming to incorporate all three features.

Scalability remains as the main challenge of networks offering benefits and drawbacks almost in equal measures. It assists in increasing the whole capacity output of any system. This feature is achievable alongside decentralization on a blockchain network. However, it would increase the security risks of the involved platform.

Various solutions can be implemented to enhance the scalability of a blockchain. One of such solutions is sharding.

What Does Sharding Mean?

In traditional descriptions, sharding is a partitioning and management database strategy that comprises of splitting large quantities of data into smaller parts. The splitting makes the data easier to manage. It also serves to achieve scalability and improve the overall performance of the database involved.

Smaller databases enable the efficient allocation of resources that helps in the reduction of costs. It also paves the way for new effective capacity levels.

It is also referred to as horizontal partitioning. It features splitting a data table into rows that would serve as new tables. These tables are known as partitions. They contain unique data that does not depend on the data stored in the other tables. These shards/partitions assist in the reduction of database size on each node. In turn, it increases the performance output of the database.

On the flip side, sharding introduces its complexity to the database and enhances the centralization of the system in which the data corruption of any shard may bring down the whole table.

How Does it Work in Blockchain?

Sharding incorporates the use of nodes to store different sets of data which is not involved in the storage of all data on the whole blockchain. This strategy, although complex, makes obsolete the traditional practice of the nodes keeping all their data on the blockchain. That, in turn, ensures the accuracy of all transactions.

For now, sharding is still being extensively researched. However, the field of study categorized under distributed computing is only getting tapped into by people who have developed an interest in it.

It features the splitting of the state and history of Ethereum into smaller entities. These entities are then stored on nodes with their history and transaction details. Every one of these nodes has just a subset of the data that is used to validate transactions but can also communicate with other nodes.

Any information that is needed by a node that does not possess it communicates with a node that has the information and it then accesses the data it needs. Thus, the node may have to depend on other nodes for information that it does not have. Nonetheless, Ethereum aims to solve that challenge by using crypto-economic incentives that use actors to perform in a scheduled way on the system.

Implement that practice on Ethereum may prove somewhat complicated as a result of the size and complexity of the blockchain technology.

What are the alternative solutions to sharding?

Some other methods exist that may be used to solve the issue of scalability that is affecting blockchain networks. Among the solutions is:

Increasing the frequency of transactions in a block

This is achievable by using fewer bytes to store information in the block or increasing the size of the block. Increasing the block size guarantees the ability for more transactions to be held within it. A gas limit is employed in Ethereum to create a limit on the number of transactions that a block can support. Moreover, reducing information size on a block assist in achieving increased efficiency.

The rate of block addition to the blockchain primarily determines the transaction rate that the network can handle. Thus, any reduction in the time difference between block-creation helps in making transactions get processed faster.

This method features the reduction of the processing load on the blockchain by moving some of the transactions off the main chain. That helps in solving the interoperability challenges of blockchain systems and simultaneously enhances the efficiency of operations. Therefore, it eventually increases decentralization.

A sidechain is described as a blockchain that exists separately from the main blockchain. However, it is still attached to it through the bi-directional link. The sidechain then exists as a child chain that is connected to the root chain. That helps in minimizing the workload on the main chain and the amount of information stored on it.

What does the future hold for blockchain sharding?

Blockchain sharding is expected to play a major role in solving the scalability challenges of blockchain systems. It will assist in scaling down Ethereum blockchain that would increase the number of transactions it can process every second.

The sharding technique has extensive potential although it is still a concept in the development phase. Moreover, it is not being adopted widely as a result of the drawbacks that come with it. The communication between the shards is not one that is easy to implement since it needs its own distinct rules to govern the operations.

Solving this key issue would assist in increasing the adoption of the sharding technique. In turn, it would encourage further advancements in this field.

Sharding comes with its benefits and shortcomings. But, it still holds its position as a solution that may greatly assist in achieving blockchain scalability. Though the sharding strategy may come with complexities, it provides better transparency in the transactions and operations being handled by a blockchain system.

Thus, it can be considered to be a potential future of Ethereum but after some of the challenges of its implementation are solved.