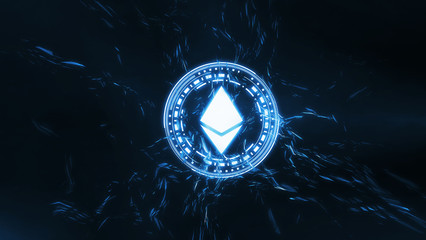 As the crypto market tries to recover from the persistent bear market of 2018, scammers are rejoining the space. Recently, Ethereum smart contract FairWin was accused of being the fastest-growing Ponzi scheme in Ethereum. The latest reports reveal that it was emptied. The FairWin’s balance is exactly zero ETH according to Etherscan’s data.

What is disturbing is the smart contract held more than 49,518 ETH just on September 26. FairWin’s value also surpassed $10 million on September 21.

At the moment, it is not yet determined who drained the contract. It could be the owner, some concerned users, or malicious actors which drained it. However, the multitude of withdrawing addresses suggests that concerned users could be behind the draining.

According to some September 27 reports, many crypto social media users have been carefully analyzing what they termed as the fastest-growing Ethereum Ponzi scheme. Philippe Castonguay, a renowned blockchain developer warned:

“The https://FairWin.me Ponzi Scheme contains critical vulnerabilities that put all funds at risk. Spread knowledge (especially in Asia) Users need to withdraw their funds and stop interacting with the contract ASAP.”

Later on, Castonguay explained that he found three major vulnerabilities in the contract. One of the issues allows the owner/admin to fully drain the contracts. Another issue noted was the ability of the admin to prevent users from withdrawing forever. The developer also found out that anyone, not just the owner, could steal new deposits.

One Reddit contributor, chutiyabehenchod, outlined a detailed allegation on September 20. He stated that FairWin was purportedly majorly shared on Chinese social media and blogs. Additionally, he claimed that FairWin worked as a ‘5-day period’ high yield investment program. Users supposedly deposited 1–15 ETHs and got a return of 0.5–1% after five days. The post went on:

“It’s decentralized, however just 70% of the amounts deposited go back to pay the commissions of the older deposits. […] 30% is always taken! Once the account is dried out those that entered last will be punished by losing absolutely everything… likely some of them will be re-investments. Currently, with 40k ETH, 12k is already for the unknown scammers.”

The post concluded that FairWin might be unfolding as one of the biggest scams that have ever happened in the Ethereum world. Recent reports also revealed that Bank of Ireland executives could join a trial in the ongoing case against Mark Scott. He supposedly assisted in the laundering of almost $400 million through the OneCoin crypto scam.