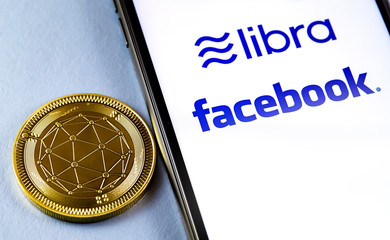 Ever since Facebook unveiled the white paper for its Libra project, it has faced unending opposition. Most authorities, governments, central banks, and regulators are worried that it might shake up their fiat currency economic dominance. Many are now speculating about the flaws that the stablecoin may have even before it is launched later in 2021.

According to Ripple’s senior vice president of customer success, Marcus Treacher, Libra’s major blemish is that it is a closed system. While speaking in an interview published on September 27, Treacher said that he believes Facebook’s planned cryptocurrency resembles a ‘walled garden.’

The ‘walled garden’ metaphor has mostly been used previously in reference to commercial strategies that were pursued by tech giants like Apple. This strategy involves entities who strive to retain total control over the apps, software, and accessories related to their proprietary devices. In most cases, such methods of doing things experience heavy antitrust pushback just like Libra has encountered.

That same strategy of doing things has come under heavy criticism in recent attempts to bring down these supposedly monopolistic practices by lawmakers and anti-trust campaigners. The implications for the large companies including Amazon, Apple, and Facebook, even ahead of its Libra project, are expected to experience overwhelming focus with the conclusion of a major US antitrust probe currently underway.

Treacher, in levelling his criticism against the Facebook stablecoin, alleged that his Ripple network, by huge contrast, has no parameter. It is proven to connect with all of the players that want to use its technology. However, he expressed his happiness saying that it is still a ‘really good thing’ that a Silicon Valley giant like Facebook had imagined itself in a major role in the digital asset world.

Libra not here to replace currencies

Treacher, just like many other analysts and commentators, believes that global regulators and governments are quite concerned about the potential threat that Libra has to national fiat currencies. That is the anxiety that the Libra Association led by its managing director, Bertrand Perez, are striving to quell.

While speaking on September 27 at a blockchain conference that took place at the United Nation headquarters in Geneva, he was quoted:

“We are not in the area of implementing any monetary policy with the [Libra] Reserve.”

Perez further alleged that the crypto project could greatly assist with the fulfilment of many UN sustainable development goals. Some of these goals include poverty eradication and reaching gender equality. That conference also featured speakers from the Swiss National Bank together with the International Monetary Fund and many others.

The head of Calibra at Facebook, David Marcus, has also recently opposed any prospective threat to sovereign monetary policy from Libra. He noted that:

“Each Libra is deposited one-to-one with traditional currencies and no new money is created. There is no impact on interest and yields. In this sense, the Libra reserve cannot disturb monetary policy.”

With these hiccups coming up every day, it is now not yet clear whether Libra will launch in 2021 as announced. Notably, Mark Zuckerberg, in a recent interview refused to commit to any timeframe for the release of the Libra cryptocurrency.