Latin Americans are Using The Most Bitcoin ATMs; Data Shows 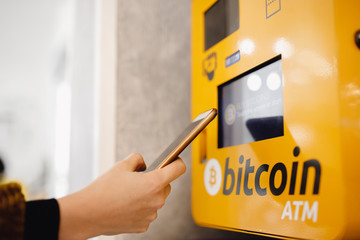 Since its inception, Bitcoin has gained fame and popularity in most parts of the world. The biggest crypto has faced many hurdles but still survived with commentators believing that it will soon become a dependable store of value hence the term ‘digital gold.’ In that context, Bitcoin ATMs are gradually spreading worldwide with the hope that they will soon become a normal part of daily livelihood for many.

A bitcoin ATM is designed as a ‘physical machine’ that enables the users to deposit and purchase cryptocurrencies. It operates much in the same way as the traditional ATM or cash machine. Since ATMs are a normal part of the daily lives of most people globally, most think that the use of Bitcoin ATMs will play a major role in ensuring that there is a future for Bitcoin adoption.

The people using these Bitcoin ATMs will, in the end, discover that Bitcoin can also become a normalized investment and is not just an asset that is quite cumbersome to buy online. Hence, it can be said that the Bitcoin ATMs ideologically break down every jargon of the blockchain. They then offer users with a simple point of access through which anyone and everyone can interact with Bitcoin.

Who is Using Bitcoin ATMs?

Analysts and commentators acknowledge that Bitcoin ATMs are a part of a growing international movement. You can get Bitcoin ATMs throughout the world. Nevertheless, over 50% of these machines are based within the United States.

However, South America is another continent that is experiencing rapid growth in the existence of Bitcoin ATMs. Notably, countries like Columbia and Venezuela now host many machines. These ATMs give users access to many other cryptos like Litecoin, Bitcoin Cash, and Ethereum.

According to research conducted by Bitcoin.com, Athena said that Venezuelans in Columbia re the biggest Bitcoin ATM users and they are followed closely by the freelancers working in the marketing and tech industries. Athena is a renowned company that is responsible for the production of many Bitcoin ATMs. The company conducted major research into Bitcoin ATM use in Columbia.

The director for Athena in Latin America, Matias Goldenhörn said:

“There is more volume – more transactions and more individuals using cryptocurrencies for daily things – in Colombia, though it is picking up across the region. There are a lot of freelancers in Colombia who get their payments in bitcoin and they use our ATMs to get their money in fiat and then there are people sending remittances to Venezuela are using them. Those are the two major users we have now in Colombia.”

It looks like Columbia could be getting ready to take over the US for Bitcoin ATM use. More and more people in the country are discovering a real use for these machines. Hence it may suggest that generally there is a deep love for Bitcoin and all other cryptocurrencies in the US too.