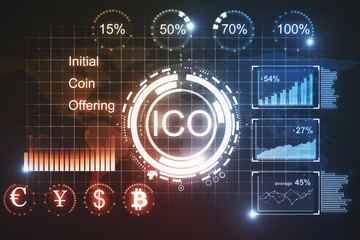 The first-ever Bitcoin political action committee (PAC), BitPAC, is set to expand its candidate supporting program with an ICO. The Initial Coin Offerings method of funding was popular during the 2017 crypto boom. However, with many exit scams coming up, many regulators and governments put choking measures to discourage investors from floating ICOs.

However, August 28 reports show that BitPAC plans to expand its ICO program to support candidates.

Is a utility token valuable?

According to Dan Backer, the founder of BitPAC, the committee is planning to issue a utility token called Politicoin. He founded BitPAC in 2014. Reports suggest that the utility token will be fundamental in supporting the PAC and its candidates who decide to run for public office.

The founder emphasized that the impending Politicoin is designed to operate as a utility token. Therefore, it will not act as a store of value. Instead, the project aims at offering the token holders with some form of voting right. Backer added:

“It’s a utility token, not a thing of value. I don’t care if people want to buy, sell trade their token, if an exchange wants to list it that’s fantastic. We have some larger scale, grand or long-term plans but we have to start somewhere.”

Furthermore, Backer also stressed that BitPAC has its funds but want to do an ICO to grant everyone who donates the PAC with one Politicoin. Originally, BitPAC allegedly plans to support one candidate, Dan Bishop, a North Carolina state senator running for the US House of Representatives in a special election.

But, the committee also plans to create a platform in the future to support all registered candidates whether from Democratic or Republican parties.

The report states that voters can donate using cash in that ICO. Nevertheless, it is mandatory for the voters to contact Backer or any other member of his management team if they want to donate cryptocurrency. Contacting the team is essential due to the reporting requirements stipulated by the Federal Election Commission (FEC).

“We could accept bitcoin, ether and many other cryptocurrencies as long as we’re able to identify the contributors and perform the compliance function with respect to FEC reporting requirements.”

In that respect, BitPAC was shut down last year due to ambiguity of reporting cryptocurrency donations. Backer then decided to re-establish the PAC after noticing that it is still vague in the way it reports crypto donations. This July, the Humanity Forward Fund launched Bitcoin donations via Lightning Network. The Fund supports presidential candidate Andrew Yang.