Bitcoin Could be the Solution as Fake Gold Dilutes Market Supply 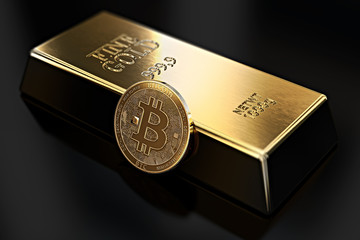 In recent years, crypto bulls and commentators have referred to Bitcoin as digital gold. Now, Bitcoin’s utility over gold has come back to the spotlight after news got published that thousands of fake gold bars are infiltrating the precious metal’s market. Experts believe that thousands more fake gold bars may remain undetected.

According to a Reuters’ report of August 28, the gold industry is now encountering a severe forgery problem. Reportedly, fake kilogram bars were discovered in the vaults of major banks including JPMorgan Chase. At the moment, authorities have discovered just one thousand kilos of fake gold. But, experts believe that the bigger part of this fake gold is likely to be in circulation.

“It is our standard practice to instantly alert the appropriate authorities and refineries should we discover mismarked gold kilobars during routine checks and procedures.”

This revelation comes as a coincidence with a spike in the gold price that reached around $1,540. The precious metal also registered its highest ever price against the euro.

The Bitcoin full node is a reliable ‘fake Bitcoin detector’

The gold supporters continue to criticize virtual currencies like bitcoin in the face of these strengths. Now, the bitcoin proponents are taking the forgery news as a perfect opportunity to hit back. Several figures noted that the Bitcoin node operators can authenticate the validity of their holdings. On the other hand, gold owners will always rely on the services of experts to determine the authenticity of their possession.

The founder of Canadian Bitcoin consumer platform Bull Bitcoin, Francis Pouliot, commented on Twitter. He said that no fake bitcoins can infiltrate the market. He was quoted saying that “Bitcoin fixes this.”

“Think of a Bitcoin full node as a ‘fake Bitcoin detector’ — all you need to verify ‘purity’ of your Bitcoin is a Raspberry Pi.”

Gold’s recent gains and stability left one cryptocurrency stalwart with egg on its face this week. The precious metal soared to all-time euro highs. Grayscale’s Drop Bitcoin campaign encouraged investors and traders to dump the precious metal for Bitcoin in May, just before it surged 27%.