Replace the US Dollar with Crypto: Mark Carney Says 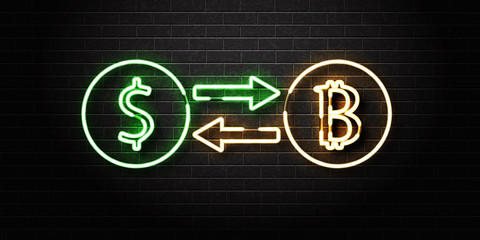 The crypto industry seems to be revolutionizing the entire global financial system. Since the inception of Bitcoin, regulators and stakeholders have tried to stay away from digital currencies but it looks like the inevitable will soon happen. On the 23rd of August, the governor of the Bank of England, Mark Carney, urged central banks worldwide to create a common multipolar reserve currency system.

Carney was speaking at the yearly meeting of the Global Central Bank in Jackson Hole, Wyoming. He called the creation of an encrypted digital reserve currency that will compete with Facebook’s Libra to end the US dollar’s dominance and minimize potential risks. Thus, weakening the dollar spillover effect can be seen as the long-term goal.

Mark Carney has just a few months before he leaves his job as the governor of the BoE. But, he has set is focus on the international economy. Notably, the threat of trade and currency wars is severely hurting the economic growth and undermining multilateral co-operation. On the other hand, central banks appear trapped in a world of low-interest rates while they strive to revive inflation.

In that context, Carney said:

“increased economic policy uncertainty, rising protectionism, and concerns that further negative shocks will not be fully offset due to limited policy space are exacerbating the anti-inflationary tendencies of the global economy.”

He also told policymakers together with the academics present at the annual seminar that central banks must respond to the situation promptly. Nonetheless, he also warned that it was wrong to accept the status quo blindly. According to him, dramatic measures are ultimately necessary.

His most notable view is that the US dollar’s status as a global reserve currency must come to an end. He added that some form of global digital currency that resembles Facebook’s Libra would be a better option. That seems better than letting the dollar’s reserve status be replaced by another fiat national currency. He explained:

“in the long run, we need to change the rules of the game,” Carney said. When change comes, one monetary hegemony should not be replaced by another. “

The Libra plan to become a global digital currency may not be directly operating under the control of any central bank. Up to now, Libra has been condemned by many policymakers around the world. According to the French Finance Minister Bruno Le Maire, Libra is just impossible. The chairman of the House Financial Services Committee, Maxine Waters, believes that a positive response will eventually come from Congress.

Mr. Carney does not oppose the Libra Project. Instead, he thinks that it would be better for the public sector to offer a new “synthetic hegemonic currency (SHC)” via the central bank’s digital monetary infrastructure. He added:

“even if the original version of the idea is not perfect, the concept is interesting. SHC can curb the strong impact of the dollar on global trade.”

The governor’s primary concern is that globalization has resulted in spillover effects. Furthermore, financial integration globally means that the current crisis can spread rapidly. That has led to a great impact on the US monetary policy on many other countries than ever before.

A multipolar system can reduce the spillover effects and assist in the reduction of capital volatility into the developing nations and emerging markets. Carney declared that the mainstream opinion and view of monetary policy and the international financial infrastructure was “increasingly anachronistic”.

He thinks that some knowledge of monetary history indicates that the center will not be established. Carney added:

“Let us put an end to the malicious neglect of the international monetary and financial system and establish a system commensurate with the emerging pluralistic and multipolar global economy. “

These sentiments from the Bank of England governor show that cryptocurrency is slowly gaining adoption from the traditional financial institutions. Thus, experts, analysts, and commentators believe that it is just a matter of time before many other institutional investors dive into the crypto sphere. With that in mind, the crypto bulls believe that the future is bright and soon digital currencies will make their way into the mainstream financial systems.
test