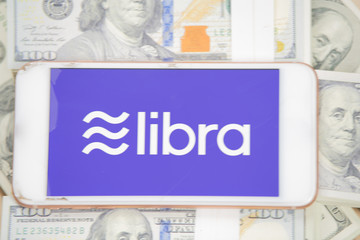 On June 18th, Facebook introduced its vision for a global digital currency that it calls Libra. Since then, authorities and regulators have increased criticism onto the project for various reasons.

Global privacy regulators, finance ministers, and central bankers are worried that Libra may change and in some cases undermine their jobs. As a result of that, investors, commentators, crypto enthusiasts, and even the regulators believe that Facebook’s Libra has significantly raised the stakes for all financial authorities. Thus, they are forced to take a serious look at the nascent digital currency industry.

According to an Israeli entrepreneur launching the Saga digital coin, Sadeh Man:

“Ten years ago, regulators didn’t care about bitcoin. It was a niche. They were all sure that it was going to go away and vanish on its own. That’s not the case anymore.”

Facebook joined hands with 27 other companies to launch Libra and the group goes by the name Libra Association. The Association is an independent non-profit based in Switzerland and it is tasked with overseeing the development and operation of Libra. However, there is scanty information about how this organization intends to operate once the crypto is launched.

According to Facebook, the goal of this Libra project is to offer a fast and affordable way for people throughout the world to transfer money. It is meant to also cater to the individuals in the developing nations who have no access to traditional banking services.

In the last several years, the US and international regulators were cautious in their response toward cryptos like bitcoin. With Facebook’s Libra, they have responded rapidly. The same day that the Social Media Company introduced the Libra project, Mark Carney, the Bank of England Governor, said that the crypto would face the highest standards of regulation.

The European Central Bank did not comment any further about this matter. However, it sent a letter signed by Draghi to reporters on July 25 stating:

“stablecoin initiatives must ensure public trust by meeting the highest regulatory standards and be subject to prudent supervision and oversight.”

The FTC also declined to comment while the Federal Reserve, Bank of England, and US Treasury never responded to the matter immediately.

Regulators are quite worried about many issues. Notably, all these issues are linked to Libra’s potential to go mainstream as highlighted by the founder and director of consultancy firm Kapronasia, Zennon Kapron. He said:

“First of all, it’s Facebook behind it, and so Facebook sets up the Calibra wallet they’ve been talking about — which would presumably interface with WhatsApp, Facebook Messenger. Already, they have a couple of billion people in their network.”

Furthermore, companies like PayPal and eBay that form a part of the Libra Association also have a major presence in the e-commerce and digital payments arena. Libra can reach billions of users in a short time unlike other cryptos like bitcoin that appeal to a limited subset of people. Kapron said:

“I think that’s really what’s gotten the regulators quite in a furor about what’s happening around Libra, as opposed to bitcoin.”

According to Kapron, there is a possibility that governments will lose their ability to control monetary policy with the emergence of Facebook’s Libra. Currently, the US dollar has immense power and the United States government is quite powerful since oil is priced in US dollars. Moreover, the US government controls the number of banks that can interact with the dollar.

Therefore, using that sphere of influence the government can control the direction of global economics and the global political scenario. With Libra coming into the picture, the government control slips away.

The Libra Association maintains that regulatory harmony, financial inclusion, and consumer concerns are not in any way competing objectives. In an official statement, the Libra Association said that it aims to work in lockstep with its goals of providing a simple global currency and financial network that will empower billions of people.

The lead up to Libra’s launch in 2021 creates ample time for conversations with policymakers and regulators worldwide to answer all their questions and concerns.

Is it time to go mainstream?

Various investors think that the attention that Libra has attracted from regulators supports the case that digital currencies are gradually becoming a part of the global financial system. According to an RBC analysts’ note on August 22:

“We find this dynamic interesting and believe internet investors should continue to monitor the shift of developer talent and VC (venture capital) money into the Crypto community, as well as new projects coming through the pipeline.”

Whether Facebook’s Libra will overcome all these hurdles and launch successfully, only time will tell.