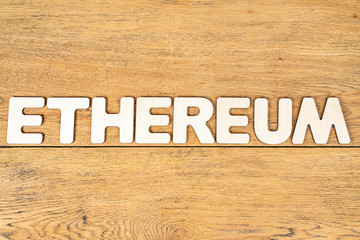 The latest announcement by Vitalik Buterin, the Ethereum co-founder, indicates that the Ethereum blockchain is almost full. In an exclusive interview with The Star on August 19, Buterin said that the challenges that face big organizations interested to join the Ethereum ecosystem are the still-unresolved issue of the blockchain’s scalability.

Scalability is a Major Obstacle

Buterin’s conspicuous comments came as part of a discussion of what he thinks to be the most challenging roadblocks to the mass adoption of cryptocurrencies. He acknowledged that scalability is a major bottleneck since the Ethereum blockchain is nearly full. He explained:

“If you’re a bigger organization, the calculus is that if we join, it will not only be fuller but we will be competing with everyone for transaction space.”

He believes that it is already costly and it will be even five times more expensive because of the lack of scalability. However, he conceded that he is dealing with pressure from keeping people from joining the Ethereum blockchain network. Buterin stated that networks must evolve away from requiring every computer to validate every transaction to improve the current situation.

He suggests a move to a model that needs a computer on average to authenticate only a small segment of the transactions on the blockchain. If successfully implemented, the enhanced scalability will reduce costs by a factor of over 100 according to the Ethereum co-founder.

The compromise on security would be fairly modest compared to the gains that the network will acquire. Away from technical advances and scalability improvements, Vitalik said that the challenge remains in the means of transforming blockchain technology into a viable product that people can use.

Is there any rivalry with Bitcoin?

Recently, Buterin has argued that the future of cryptocurrency is pluralist. He also revealed his openness to hybrid solutions that feature both Bitcoin (BTC) and Ether (ETH). The co-founder also made clear his stand in response to a proposal to implement the Bitcoin Lightning Network (LN) as the primary interface for Ethereum contracts.

The interface was suggested to enable instant payments in Bitcoin while concurrently starting a series of events on Ethereum, or any other blockchain network. Buterin proposed to use the Bitcoin Cash blockchain in July to act as a temporary scalability solution for the Ethereum network.

Soon, it will be clear what solution Vitalik’s Ethereum network takes to solve the issue of scalability without compromising on security. But for now, the co-founder is still searching for his best match.