Bitcoin Cash (BCH) and other Cryptos May Eliminate Poverty Globally 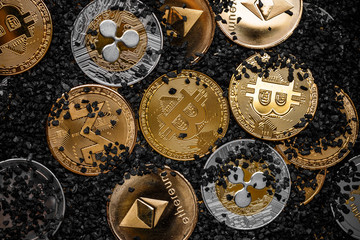 On August 1, the birth of BCH that resulted from a fork of the Bitcoin Core network was remembered and celebrated in the crypto world. Meetups were held in most of the major cities including Tokyo, Sydney, Los Angeles, and even Bangalore.

Recent reports from the studies conducted by the World Bank lasting up to 9 years show that the decrease in poverty levels is better in the jurisdictions that have ‘deregulation.’ Notably, poverty levels have dropped considerably around the world. In the 80s, over 40% of the global population survived on just $2 or less each day. But, all that seems to be gradually changing.

Craig Eyermann from the Independent Institute said that regulations come in to help large corporations. In most cases, it is the norm that politicians and billionaires agree to help each other. That makes life significantly harder for the commoners. Competition in these cases deteriorate leaving monopolies to take over.

“…the yoke of regulatory burden has contributed to the impoverishment of billions.”

For the past decade, regulations have been a major hindrance to the growth and development of blockchain technology. The ‘traditional’ dodgy lawmakers are still not yet sure about the benefits of virtual currencies.

Thus, it was not a wonder when Facebook’s Libra received forceful opposition from most regulators and governments from around the world. Most of them seem worried that the Facebook Globalcoin may dismantle their monopoly financial power. Whatever the reason for that stern opposition, it is clear that Libra has got most authorities worried.

Regulators are still unaware of what potential the virtual tokens hold. But, Dash and Bitcoin seem to have been gathering momentum in Brazil, Venezuela, and several other parts of Latin America. Thousands have so far adopted Bitcoin Cash with an increasing number of stores and retail outlets accepting BCH payments too.

India is one of the few nations that have many billionaires. Hence, it showcases the stark inequalities that exist in societies around the world. As the oligarchs fatten their wallets from government and projects that do not undermine the monopoly of the authorities, they are still unaware of the potential benefits that cryptos possess. Thus, they suggest a blanket ban on all virtual currencies.

Since its inception, Bitcoin Cash has been growing leaps and bounds. Where Bitcoin seems to be failing  often, Bitcoin Cash conquers it all. The growing adoption of BCH proves that fact. While the altcoin market seems to be dwindling, BCH is still in the green.

In the past 24 hours, BCH has gained around 2% during the time of writing. The supply in the market is 17, 927,025 which is slightly more than that of Bitcoin. The total market capitalization for Bitcoin Cash is $6.009 billion while its trading volume stands at $1.569 billion currently.

With the decentralized nature of virtual currencies, monopolies will break down thereby spreading the wealth among more individuals. That, in turn, will lift more people from languishing in poverty.