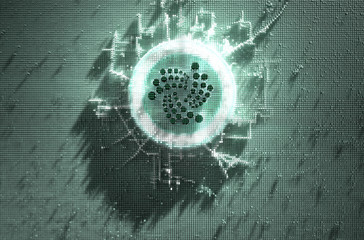 Richard Soley, the Chairman, and CEO of the Object Managament Group (OMG) said that IOTA will get standardization status before 2019 ends. OMG is a computer industry standards consortium that creates enterprise integration standards for various technologies including USBs. Soley was speaking at the first edition of a quarterly update livestream. The livestream was directed to the IOTA Foundation and it was titled ‘IOTA Insights.’

Soley believes that technology standardization makes them become open-sourced guaranteeing worldwide adoption. In the case of IOTA, its MIOTA token may grow as a result of mainstream adoption. Eventually, it will become a valuable asset. Currently, the IOTA community think that the token is severely undervalued.

Currently, IOTA is ranked 18th in terms of market capitalization. One MIOTA is trading at $0.2871 after a 1.7% loss in the past 24 hours. The token has a market capitalization of $798 million. Technological standardization is great for IOTA since it has created its token based on a unique platform compared to other cryptos that run on the blockchain.

IOTA developed the ‘Tangle’ which is a distributed ledger technology that recently announced aims to become decentralized. However, it has great scalability levels.

The Tangle has no miners who need to use computing power to mine more cryptos and keep the ledger operational. Instead, every user of IOTA is a miner. When they transact, for example, using their phones, the phone automatically performs the proof-of-work calculation. That validates two previous transactions.

Nonetheless, validation ability is not limited to mobile phones. Any ‘smart’ machine can join the Tangle network, in turn, achieving the machine economy that has become the primary target for IOTA.

If it ever works eventually, a user will successfully buy a drink from a vending machine linked to the IOTA network using its MIOTA crypto. In the future, machines will interact with each other. Additionally, cars will pay their own parking while houses will pay their own bills.