Bearish Fever Hits the Market But Tezos is Pumping 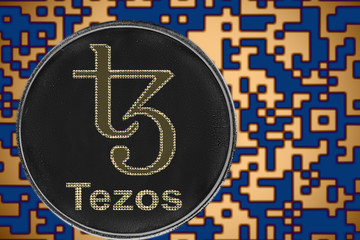 After a week of mixed reactions and comments from top influencers around the world, bitcoin seems to have lost some steam, for now. All the other altcoins have followed suit and the general crypto market is red on Sunday. However, Tezos seems to have distanced itself from the rest of the crowd.

Among the top 20 tokens, XTZ seems to be leading the attempt to bring the bulls back into the market. At the time of writing, the virtual currency has gained over 7% in the past 24 hours exchanging hands at $1.09. LEO has also gained over 4% while Cosmos has gained almost 2%.

The rest of the crypto field is experiencing a bloodbath although the road to recovery seems to have started.

The hourly MACD for the XTZ/USD pair is placed in the bullish zone with strong positive signs. The hourly Relative Strength Index (RSI) is currently also showing signs of an upward trend.

On the overall, Tezos has gradually developed a formidable reputation as the best and most functional alternative to Ethereum. In that context, it already received support from top crypto influencers, investors, and supporters including Tim Draper, the Winklevoss twins, and Polychain Capital.

Arthur Breitman and Kathleen Breitman describe Tezos as a decentralized blockchain that primarily governs itself solely by establishing a true digital commonwealth. This time around it seems like it is rising just by itself in the whole crypto world.

Whatever the reason for its surging, it seems to be striving to neutralize the general bearish trend that has hit the general crypto market this weekend.