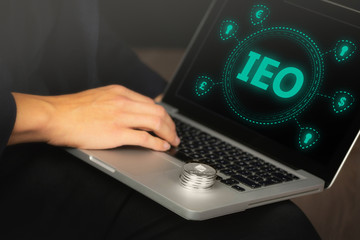 Latest reports reveal that the number of IEOs has surged by around 550% in the second quarter of 2019. The new crypto funding strategy seems to be gaining momentum but analysts and commentators now are at crossroads. Will IEOs face the same fate as ICOs or will they chart their own path?

Currently, exchange offerings appear to be the new ‘in-thing’ within the crypto world. In just six months, many exchanges have created their local ‘launchpads’ and have gone ahead to invite companies to launch their tokens successfully.

Even though the exchange launch system started 2019 with a bang as a result of Binance hosting the BitTorrent token sale, the rest of that Q1 registered minimal improvement. But, exchange offerings are now exploding thanks to the Changpeng Zhao-led exchange.

The second-quarter report published by CoinGecko, a data markets aggregator, revealed that IEOs registered massive improvement in performance. The sector expanded by a staggering 550% compared to the first quarter.

Even though April, May, and June recorded varying number of IEOs listed and amounts raised, the cumulative total valuation stands at $190 million more than what was raised in Q1. 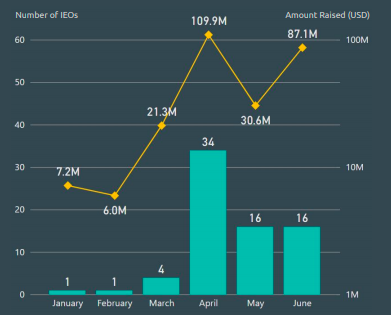 The projects generated $262 million or $3.7 million per project. 66 of these projects were listed between April and June. With regards to the top IEO projects, WaykiChain took the top spot raising $18.5 million. The smart contract platform saw its token go live on Gate.io.