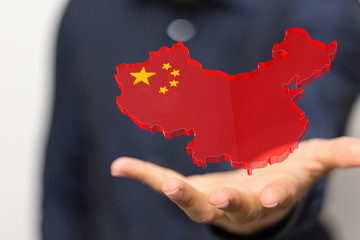 On June 18, Facebook unveiled its Libra cryptocurrency whitepaper to the world. However, it has faced major opposition from governments, regulators, central banks, and even influential individuals from abroad and at home. With all that opposition, China has surprisingly emerged as a leader with matters of public interest in the project.

While crypto use is banned in China, as is Facebook itself, ‘Libra’ searches on the country’s Weibo search engine are soaring currently. Libra’s searches are ranking third behind the first movement of Leonardo da Vinci’s iconic Mona Lisa painting and a Chinese film celebrity’s jealous children. At one point Libra had taken the second spot.

The regional fascination in Libra that originally comes as a means of payment may later expand to other use cases. It is also backed up by a major look at Google Trends data. Google’s data on people exploring ‘Facebook Libra’ peaked around June 18 after the white paper launch.

That report also shows that China was leading in the search. On the other hand, the US is at 14th place on the list.

Please note that Google is officially blocked in China. Nevertheless, enough people seem to be sidestepping that block to register considerable search traffic for Facebook’s stablecoin. Although growing concerns among global regulators have dominated the headlines recently, Google searches for “Facebook Libra regulation” are, for now, too low to signify regional preferences.

Although Libra may not see any public launch for a year or even more, many people are searching for ‘Facebook Libra Price.’ That term is registering the most hits from South Africa, Singapore, and Pakistan.

In general, however, the interest in Facebook’s Libra project fades into insignificance when bitcoin comes into the picture. In the Google trends, massive interest goes to the top cryptocurrency by market value.