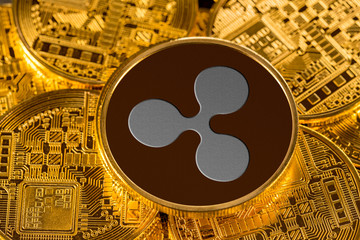 Ripple’s XRP, the third biggest virtual currency by market capitalization is hovering around $0.315. Nevertheless, various commentators remain extremely bullish about the crypto despite the current losses affecting the entire market. Some of the analysts like Sir Gordon Gekko, CEO of Sir Gekko Capital Holdings believe that XRP can do better in the near future.

Gekko tweeted on July 9, 2019, saying that an XRP explosion may come in a matter of days. According to him, the explosion will happen sooner than the markets expect. When the XRP surge happens, it will most likely sweep the whole crypto community off their feet.

The comments that followed that tweet showed mixed reactions with many agreeing that XRP can make a formidable comeback. Others were quick to write off that opinion stating that XRP is among the many other tokens that may never receive the attention necessary to stage a comeback rally.

How high can XRP Go?

In the same tweet, one user asked how high XRP can go to which Gekko simply replied: ‘you will see.’ Hence, it leaves a lot to imagine as to where the token reach subject to the CEO’s prediction. His forecast may be the same as most other predictions out there. The only difference is that a potential value that the token can trade at in the coming days was not set.

These values are insignificant compared to the $7 price that Gekko had set for XRP. At that time he stated:

Recently, however, Ripple’s XRP has been quite volatile. It might have started July at $0.41 with a market cap of $17 billion, but it is now oscillating around $0.31 with a market capitalization of $13 billion. Analysts and individuals throughout the crypto community are closely monitoring every move that XRP is making.

With present and prospect partnerships coming to Ripple, it is expected that the best for XRP will come as Bitcoin and the whole altcoins markets dwindle.