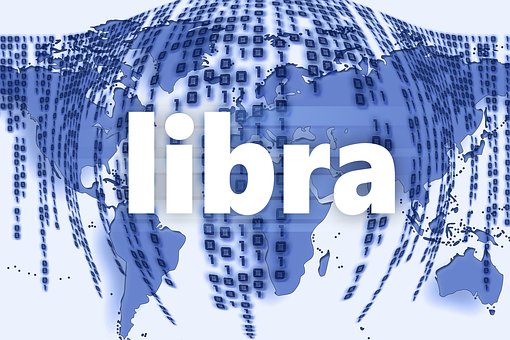 Some months ago the social media giant, Facebook, announced that it wanted to launch a cryptocurrency payment service. In that effect, the company got allies that could support its new ideas-dubbed Project Libra. Currently, Facebook is still in talks with several e-commerce companies.

The company has also approached multiple financial firms to support its crypto payment service. Although Facebook wants to introduce cryptocurrency to almost every region in the world using Libra supported on its social media platforms, several influential individuals have come out publicly opposing the entrance of Libra into the market. Here are their reasons for opposing Facebook’s Libra issuance.

The billionaire tech entrepreneur criticized Facebook’s latest venture into cryptocurrency on July 5. He was speaking to CNBC where he referred to Libra as a ‘big mistake’ adding that he is not a fan. Cuban, a ‘Shark Tank’ investor and the owner of the Dallas Mavericks, explained that he is worried about the impact that Libra will have on the global scale.

According to him, once Libra enters the market, there will be some despot in some African country that will get quite upset after losing control of their currency. The real problems will start from there. Cuban joined a series of high profile bankers and government leaders in criticizing the social media giant.

The United States president has finally commented about the cryptocurrency industry for the first time since he took office in 2016. In a series of tweets on July 11, Trump expressed his opposition about cryptocurrencies, and Bitcoin. He also added the soon to be launched Libra stablecoin that has become a major subject of discussion since its whitepaper’s release in June 2019.

In the tweets, he referred to the USD as the only “real currency in the USA,” adding that it is dependable, reliable, and stronger than ever. According to Trump, the US Dollar is the most dominant currency worldwide and will always remain that way. Moreover, he believes that cryptos can facilitate unlawful behaviour like drug trade and many other illegal activities.

In the short-term, the president’s sentiments seem to be having little impact on BTC price that remains relatively stable for now.

His tweets worked as a charged response to the current debate over how to efficiently regulate Facebook’s Libra project and the resulting push-back currently dominating the global crypto market.

It is still too soon to determine whether Trump’s anti-crypto sentiment will be adopted by his administration which would significantly impact Bitcoin’s long-term price. For the crypto enthusiasts, the latest Trump twitter tirade on cryptocurrencies is another hiccup on the way to global crypto adoption.

The French Finance Minister said that Facebook’s Libra should never be considered to be a replacement for the traditional currencies. He believes that tighter regulations should be imposed on the social media giant. Speaking in an interview on Europe 1 radio, he strongly said that Libra should and must never become a sovereign currency.

Le Maire requested the G7 central bank governors, guardians of the global monetary system, to come up with an exhaustive report on the Libra project for their July meeting. His primary concerns include money laundering, privacy, and terrorism finance. Le Maire later said in parliament

“This money will allow this company to assemble even more data, which only increases our determination to regulate the internet giants.”

Barely a day had gone by after Facebook announced its highly anticipated Libra project when Rep. Maxine Waters, the United States House Financial Services Committee chairwoman, spoke. Since its unveiling in June, the project has already embroiled in government and regulatory opposition from political and business elites.

It seems like Facebook aims to bring financial inclusion and economic sovereignty using its Libra GlobalCoin. Waters called for a halt of the Libra ‘crypto’ development whose whitepaper was released on June 18th by Facebook. Her concerns come from the previous controversy that has dogged Facebook about its data collection and management policy. Also, she is worried about the privacy of user data scandal.

Waters stated that regulators must ‘wake up’ and get serious about privacy, cybersecurity risks, trading risks posed by cryptos, and national security concerns. She wanted Facebook to stop Libra developments until Congress and regulators have a chance to examine these issues and take action.

The European Central Bank executive board member said that regulators must take action to tame the dominance of Facebook’s Libra token. The initiative is funded by Uber, Lyft, Vodafone Group, Spotify, and many other companies. Benoit said that Libra is highly centralized and Zuckerberg has been on the spot for his moronic stance about privacy for users.

He added that it would be a major mistake and should be out of the question to allow Facebook to develop in a regulatory void for their new financial service activities. He ended by saying that Libra is ‘too dangerous.’

The Facebook co-founder termed the possibility of success for the newly unveiled Libra cryptocurrency as ‘frightening.’ According to him, Libra has the capacity to shift power to the corporations form the central banks. He added that it will weaken and disrupt many nation states especially in the developing world.

Hughes also thinks that Libra will enable people to move out of unstable local currencies and into a global currency. The new currency will be denominated in Euros and dollars and managed by corporations instead of central banks.

The lesser of the local currency a country’s citizens hold, the less power the central bank of that country has to set monetary policy. Thus, the central bank will have an uphill task when trying to stimulate the local economy whenever economic stress arises.

The Federal Reserve Chairman expressed broad concern about Facebook’s plan to develop a crypto-based payment network. He underscored the intense regulatory and legislative scrutiny that the project should face. Mr. Powell was speaking to the Senate Banking Committee on July 11 doubting the feasibility of launching the digital coin on the timeline that Facebook has targeted.

Powell is worried about the many concerns that Libra raises including consumer protection, privacy, financial stability, and money laundering. All these factors will need to be publicly assessed and evaluated before the Libra project proceeds.

The Senator of Ohio is a top Democrat on the Senate Banking Committee. On July 11 he said that Libra is an attempt by the Social Media Giant Company to ‘ape the role of government’. He added that Facebook has gotten carried away with their power and wealth and they must be tamed as soon as possible.

Brown said that in addition to the risky and complex Wall Street banks, authorities and legislators now face new risks from the non-regulated giant tech companies. These companies are armed with a lot of personal data with the intent of conducting monetary policy on their own terms according to the Senator.

It is clear that every one of these high-ranking individuals wants Facebook’s Libra to be heavily regulated before it is allowed into the mainstream market. However, if the project succeeds, it will greatly influence and change the whole global financial network.