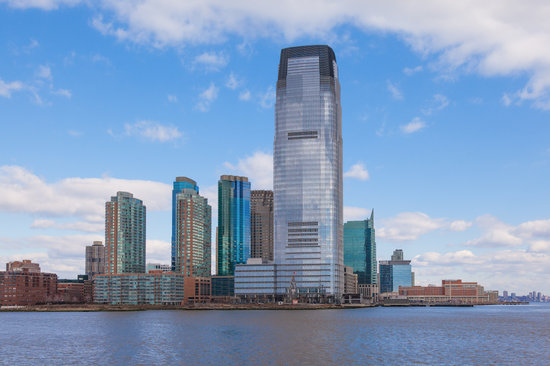 For several weeks now, the financial world was suspecting that Goldman Sachs was planning to dive into the cryptocurrency world. Earlier in the week, a new job listing by the firm gave a reason for the crypto community to think that it has a crypto project in the pipeline. This comes months after its major rival JPMorgan Chase launched its local token dubbed the JPM Coin.

The development also comes barely three weeks after Facebook announced a roadmap for the launch of the much-awaited Libra cryptocurrency. Goldman Sachs job listing shows that the large American bank has intentions to pursue digital asset development. It plans to do that rapidly within the short-term. The new job opening can be found on the bank’s career portal.

According to the listing, the bank is searching for a Digital Asset Manager under the aegis of its GS Accelerate in-house incubator program. Moreover, details in the job publication reveal that it will be put under Goldman Sachs’ securities division. The new project manager, once hired, will lead the development of Distributed Ledger Technology (DLT).

Earlier this year, Goldman Sachs denied rumours that it was planning to open a crypto trading desk. Ever since that time of a mistaken Bloomberg report from December 2017, these rumours of a Goldman crypto trading desk have persisted. David Solomon, the CEO of Goldman Sachs, put the whole buzz and rattles to rest in a decisive statement made this April.

Solomon said that the Bloomberg article was inappropriate. He added that Goldman Sachs was just watching and trying to understand the nascent crypto marketplace as it evolves. The CEO confirmed that the bank has various clients that have particular functionality that they have engaged with to clear physically-settled futures. Other than that, Solomon said that the bank had no intentions of setting up a cryptocurrency desk.

But it now seems like the legacy finance behemoth has major interests in developing an in-house virtual token. They prefer promoting their own token rather than helping clients invest in other cryptos that already exist. Now that Facebook has made its plans known by entering boldly into the finance industry with Libra, maybe now Goldman has taken the threat of disruption seriously.

A little before Goldman Sachs introduced David Solomon to replace Lloyd Blankfein as CEO last year, Solomon said that the bank was looking at bitcoin but moving cautiously. He confirmed that the bank was clearing some futures around bitcoin and discussing doing some other activities in the crypto world. However, the activities would be done very cautiously.

The bank listened to its clients and has tried to help them as they explore what the crypto world has to offer. Although proceeding cautiously may sound quite prudent and safe, it may not be very wise in the ever-changing crypto market. At this stage of crypto market adoption, Goldman Sachs is in murky waters unless it makes a bold move as soon as possible.

Now, it seems like there is actually only one winning move that Goldman Sachs’ new distributed ledger project to focus on: Get a volume discount on many ASIC miners from China, plug them firmly in, and start hashing for Satoshis. Whatever the case, Goldman Sachs needs to make a bold move to stay at par with the likes of Facebook in this crypto adoption race.