Berkeley Could Soon Put Out Fires with the Help of Blockchain 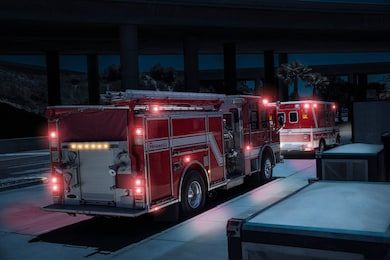 In 2018, a member of the Berkeley city council, Ben Bartlett, proposed introducing affordable housing on the blockchain. During the time, the city was languishing in an unprecedented housing crisis. It was also facing the prospect of cuts to federal housing assistance.

The city would issue bonds to the local residents hoping that they would help fund a solution. The plan was to split the bonds into ‘minibonds’ enabling people to invest as low as $25. In return, they would be serviced with a small percentage of interest. The idea behind the tiny bonds is to enable the poor to also rebuild the country and profit from it.

However, issuance of a $25 minibond calls for tonnes of paperwork and middlemen that may cost more than $25. In that context, Bartlett and Berkeley Mayor Jesse Arreguin think that blockchain could come in handy. The primary idea is to automate the financing process. Automation will keep track of all minibonds in a secure ledger while issuing interest payments in virtual currencies.

Arreguin and Bartlett called the idea plan an ‘ICO’ standing for ‘initial community offering.’ The acronyms are the same as those of the fundraising mechanism plagued with hype and scams. That caused major scepticism of whether the idea would succeed. The Berkeley ‘ICO’ remained a normal municipal bond at heart although it would involve cryptocurrencies at some point.

After examining the plan for the past 13 months, now the city seeks a vendor for a minibond pilot. The city finance director has now proposed starting with a fire truck which will be financed by selling up to $4 million in bonds. With that, people will see the truck in town and feel that they own a part of it.

In the world of public finance, the minibonds fundraising strategy is slowly gaining popularity. They are usually available in the $500 and $1,000 denominations. These bonds have already financed improvements to the Botanical Gardens in Madison, Wisconsin and financed a fire truck in Lawrence, Kansas.  Denver completed a $12 million sale in 20 minutes in Denver using the same strategy.

Minibonds are comparable to World War II-era war bonds but with a local twist. The idea aims at giving the locals access to an investment that is normally open to the wealthy outsiders. That idea of connecting residents to financing of the projects they can benefit from day-in-day-out is quite powerful.

Such sales are more patriotic than practical since they are an expensive way for cities to raise funds. The underlying costs of issuing bonds are multiplied across many minibonds. They require communal investment outreach and set up of online systems for the investors.

Denver has struggled to maintain its online user system. Also, high costs have encountered minibond programs elsewhere around the world. Blockchain is thus necessary to make the math of selling $25 minibonds work. Bartlett enlisted the services of Neighborly Company and University of California-Berkeley blockchain researchers to help determine how such a system would function.

The city wants to sell bonds and pay interest by issuing cryptos on an auditable and secure blockchain ledger. Using such a system, I theory can cut down on a few layers of middlemen simultaneously reducing the costs of issuing each bond.

But, the cost savings remain unproven since no previous minibond sale has involved blockchain. It is also not clear how such a blockchain system will work. A pertinent question is who has the skills to build the blockchain infrastructure?

Neighborly created a working platform using a blockchain last year. However, it called off the project. The Securities and Exchange Commission requested the company for further explanations about its strategy of introducing blockchain into the highly regulated municipal bond market. Moreover, high costs will hurt its capability of making profits from the minibonds issuance.

After six months, the SEC cleared Neighborly’s plans but in the midst of the delay, the company changed to a new business model. The new model features funding for municipal broadband programs. The company stated in an official statement that they do not want to proceed with the Berkeley pilot project.

With the pullout of Neighborly, it could be challenging to get another company with experience and licenses in the municipal bond market. Nevertheless, Berkeley is not compelled to provide blockchain-based proposals as long as they can provide a system that is feasible.

It could perhaps work without blockchain since it beats logic if a city or vendor directly controls the information of the network. Blockchain is meant to be decentralized. However, if it is used in a centralized manner, it becomes unclear what benefits it holds over the more proven traditional systems.

But, it is encouraging to see some cities willing to experiment in an industry that has seen minimal change in decades. These modern cities are pushing the status quo of how governments raise their money.

Bartlett believes that his blockchain ambitions go far past financing a new fire truck. He also wants to use minibonds to finance affordable housing and let residents invest in solar panels. Maybe someday a blockchain-based system will evolve into a community token that people can spend on charity programs and government services.

However, before all that happens, Bartlett will have to ensure that his blockchain plan can secure a vendor and the votes from his colleagues in the city council committee.