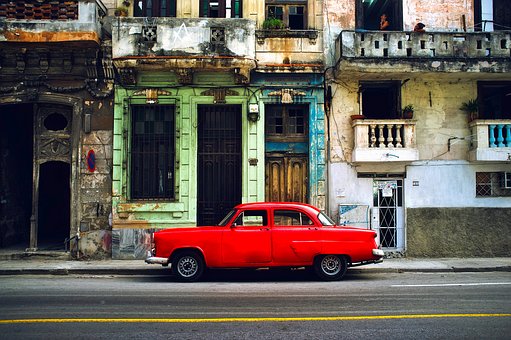 Since the inception of Bitcoin, the crypto industry has seen its share of ups and downs. However, it seems like this time the virtual currencies have started replacing fiat currencies in some parts of the world. Cuba’s communist government said on July 2 that it was studying the potential use of cryptos. The government considers crypto to feature as part of multiple measures to enhance its economy. The move into cryptocurrencies was catalyzed by the deepening crisis resulting from US sanctions.

Cryptocurrency ensures that financial operations and transactions are carried out anonymously. It has been implemented in the past to circumnavigate capital controls. Cuba’s top ally, Venezuela, introduces crypto in 2018 aiming to avoid US sanctions and weather hyperinflation. However, that cryptocurrency did not get off the ground properly.

The country’s inefficient state-run economy is encountering a crisis as a result of a rapid decline in Venezuelan aid, dwindling exports, and tightening US trade embargo under President Trump. These new measures were announced by President Miguel Diaz-Canel and his government on a roundtable on state-run TV.

Crypto is expected to raise income for almost 25% of the population. It will also enhance market reforms of the Soviet-style command economy started by the former president, Raul Castro. The aim is to increase national production and demand to boost economic growth as the US sanctions target foreign investment and tourism.

After assuming the presidency in April 2018, Diaz-Canelis working to establish his legitimacy stating that the government is working on the details of crypto implementation. Economy Minister Alejandro Gil Fernandez said:

“We are studying the potential use of cryptocurrency … in our national and international commercial transactions, and we are working on that together with academics.”

The most popular measure in the new economic package is the hikes in various pensions and wages. Public administration workers, social services and state-run media employees are set to benefit from the new crypto stimulus package. It will bring the medium monthly wage in these sectors up to the equivalent of $44.5 from the current $25.

Most Cubans think that the new measure will not be sufficient to bridge the gap between salaries and the cost of living. But, it will enhance purchasing power if inflation is kept in check. Although the package is not perfect, it is an advancement which will see a general medical practitioner earn $64 per month up from $40.

Omar Everleny, Cuban economist said that the raise was important to motivate workers most of whom are emigrating currently. For the first time, it shows that the Cuban government is linking economic success with the motivation of workers. Gil Fernandez stated that the government was also widening a series of measures targeting decentralization thus improving state-run company performance.

The measures will also stimulate local production, substitute imports and increase exports. For instance, he added that financial service companies would be set up. These companies will offer cash in the face of opportunity rapidly compared to the centralized planning system. The government also plans to expand a system enabling some companies to keep an amount of the hard-earned currency. That amount will come in handy in immediate reinvestment rather than having to apply for credit.

The Cuban government was also studying how to let the growing number of small private businesses to export through the state-run businesses. If Cuba succeeds to revive its dwindling economy using crypto, it might increase the rate of mass adoption of virtual currencies around the world.