Cryptocurrency and Blockchain Adoption in the Charity Arena 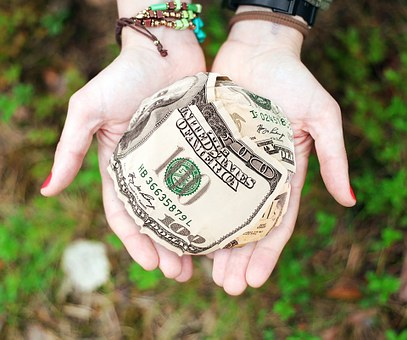 The technology that supports cryptocurrencies has gradually but continuously entered the charity sector. It has allegedly introduced more transparency and trust in an industry that has seen a decrease in people’s trust. The public is continuously getting concerned about how charities spend the raised money.

Governments throughout the world seem to have gained interest in blockchain deployment and cryptocurrency adoption for philanthropy. However, few have implemented clear regulations toward cryptos at legislative levels. Recently, the British Virgin Islands partnered with blockchain firm Lifelabs.io to launch an alternative crypto-enabled payments ecosystem.

The new payments infrastructure is meant to enable residents to continue access to basic goods and services if a humanitarian crisis arises. The blockchain-based financial innovation comes at a pivotal time especially after the recent natural calamities that hit the region. Thus, the pressure for enhanced economic efficiency keeps rising.

Last October, the mayor of Seoul introduced a 5-year plan to develop the blockchain industry in the city. The project was known as ‘Blockchain City of Seoul’ featuring various measures for developing and promoting blockchain-related initiatives from 2018 to 2022.

Last September, China’s Ministry of Civil Affairs (MCA) also unveiled its plans to use blockchain as a strategy to overhauls its entire charity tracking system. The 4-year plan strives to explore the use of the technology in charitable donations, transparent management, and charity tracking. The officials aimed to develop a tamper-proof charity organization information query system.

Through the integration of blockchain, the officials would also enhance the authority, transparency and public trust of search services and information publishing. After thorough deliberation, the blockchain tech component was selected to complete the ‘Charity China’ platform’s upgrade.”

Recent years have seen many crypto and blockchain-focused organizations get into the charity industry. For instance, “Airdrop Venezuela” featured in the news aiming to let direct transfer of $1 million in crypto donations to the citizens. The campaign registered over 60,000 verified beneficiaries raising $272,000.

This campaign is an ideal example of how relief agencies can transparently and securely use crypto to deliver funds and help needy people. As Venezuela struggles to overcome a still-ongoing political crisis and continuing economic turmoil, bitcoin trading volumes reached an all-time high in Venezuela in February 2019.

The Bail Bloc Initiative in the US started using crypto acquired through charity. The funds were used to support people get out of the U.S. Immigration and Customs Enforcement (ICE) pretrial custody last November. The Bail Bloc helped the charged immigrants pay their bail using money got from crypto mining.

Bail Bloc released an app that consumes a small amount between 10% and 50% of user’s computing power to mine Monero (XMR) once installed. Moreover, Binance revealed in February that BinanceCharity Foundation (BCF) launched a charity campaign dubbed ‘Lunch for Children’ in Kampala, Uganda. The organization aims to provide two meals daily throughout 2019 to over 200 students and school staff.

In late 2018, the BCF launched a new fundraising channel on its blockchain-powered donation platform. That program is conducted to support disadvantaged children and terminally ill patients in Gozo and Malta. Brian Armstrong of Coinbase also launched a charitable initiative called “GiveCrypto.org” to financially empower individuals by distributing crypto globally in June 2018.

The Pineapple Fund is a bitcoin-only charity was established by an anonymous donor. It managed to contribute 5,104 BTC to 60 charities worldwide in 2017. At the time, the donations translated to $55,750,000 and they helped supply clean water to sub-Saharan Africa and enhanced digital rights protection.

The entry and adoption of crypto in the charity industry make traditional non-profit organizations more flexible in attracting donations from new sources. According to a report by Fidelity Charitable, the organization got at least $30 million in crypto contributions in 2018. Moreover, it has so far received $106 million since the program’s launch.

In 2017, Fidelity reportedly got $69 million in donations and $7 million in 2016. According to the organization, crypto donations get rid of capital gains taxes and deliver the full fair market value to charity.

“Notre Dame des Cryptos” was one of the campaigns launched to facilitate reconstructing the cathedral. Many organizations worldwide including the Red Cross, the United Nations, Save the Children, and the Notre Dame case recognize blockchain’s potential to enhance fair and equitable aid distribution. That shows that many charities are changing strategy to embrace the potentials of what the new technology has on offer.

UK-based Charities Aid Foundation (CAF) recognizes crypto and blockchain as the technologies that could hugely impact charities and charitable giving. The new technologies can get aid money quickly to where it is needed hence eliminating fears of corruption and mismanagement.

However, radical transparency may also cause problems since the skeptical donors may feel disgruntles thinking that their money was not going to the perceived needy ‘front line.’

The adoptions if blockchain and digital currencies in philanthropy by international organizations and governments are on the rise. Through blockchain, donors follow the path of their donations until the moment they are spent. Thus, misreporting is eliminated. The blockchain-powered project GiveTrack, backed by BitGive, was launched to help donors follow transactions on a public platform in real time.

GiveTrack has recorded fund flows to projects like Run for Water, Code to Inspire, America Solidaria, and Desafio. BitGive supports 12 cryptos. It carried out global campaigns including the Water Project, Team Rubicon for Tornado Relief, Medic Mobile, Techno, Fundación Parlas, and Save the Children.

But, charities must be careful about what they put on the ledger. In 2015, ProPublica reported inappropriate expenditures of donated funds that the Red Cross received for the Lamika project. The project aimed at building permanent homes for Port-au-Prince, Haiti’s 2011 earthquake victims. As of 2015, only six houses had been built despite the Red Cross receiving almost $500 million in donations.

The Red Cross did not disclose how it used money meant for Haiti but reliable sources revealed that less money reached those in need. A survey by nfpSynergy shows a 6% fall in people’s trust in charities in 2017. Additionally, 54% of 1,000 surveyed adults said they trusted charities much compared with 60% in 2016.

Blockchain will eliminate middlemen and bureaucracy challenges. Also, it will solve issues caused by a lack of administrative expertise eventually improving the reputation of charities.

Francesco Nazari Fusetti, founder of AidCoin and CharityStars believes that charities must keep in touch with the donors throughout the project. They must also keep updating donors about milestones reached. The updates prove that the success stories are true and guarantee that the work is sustainable. Proofs of payment lead to successful projects with crypto and blockchain offering full transparency about the use of funds.

The uses of decentralized autonomous organization (DAO) structures may enable social movements to operate and coordinate more effectively at scale. However, some of these movements take the form of loose networks instead of traditional centralized organizations like #MeToo and Black Lives Matter. The movements lose focus and momentum along the way. But, the structures offered by DAO may help them overcome these challenges without adopting traditional approaches.

Some of the issues blockchain can solve include slow settlement times for moving funds from donors to beneficiaries. Also, blockchain can solve the challenges of volatility of contributions made in securities or foreign currencies. Even though digital currencies are also affected by volatility resulting in a different amount of money when the funds are needed, it also affects the foreign currency markets.

In October 2018, Binance announced that it had raised $1.41 million in different ERC-20 tokens to help residents of West-Japan after the devastating mid-July floods. Binance sent 169.85 ETH to Open Japan worth $47,257 (5.3 million yen), at that time. The transaction was completed instantly and the tokens were converted into Japanese yen. That case shows the growing effect that cryptocurrency has on the charity world and its untapped potentials.