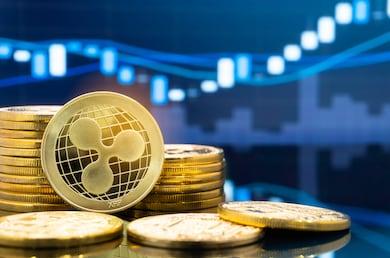 Bitcoin (BTC) and Ripple’s XRP are not competitors. That is a statement made by Ripple’s CEO, Brad Garlinghouse. He was speaking at Fortune’s Brainstorm Finance conference in Montauk, N.Y on June 20. At the same meeting, he also stated that the recently launched Facebook Libra is not a threat to his xCurrent business.

In that interview, Brad outlined the major differences between XRP and BTC. He argued that bitcoin is a store of value or ‘digital gold’ while his XRP token is a ‘bridge currency.’ He said that XRP enables an efficient solution for fiat-to-fiat transfers.

Brad went ahead to cite the differences between the two virtual currencies in terms of transaction costs. He said that Ripple can do a successful transaction for a small fraction of a cent while a bitcoin transaction costs around $2.30 on average. Nevertheless, this difference does not mean that bitcoin may soon fail. He was adamant stating that he does not view the two digital assets as competitors in any way.

“I own bitcoin, I’m long bitcoin. I think Bitcoin is a store of value and people hold it.”

The fact that he admitted owning bitcoin shows that he believes that the two tokens are not competing for the same market space.

During the same interview, the CEO also expressed his thoughts and stand about the current crypto markets’ environment. He pointed out that there has come a lot of noise into the blockchain and crypto market. It is always hard for the industry to separate the signal from the ‘noise.’

Brad tried to separate all the noise surrounding crypto market and its future potential. It is clear that Facebook’s Libra announcement has caused jitters in the whole global financial systems. Nonetheless, Garlinghouse is resolute that the entry of Libra will lead to big business for Ripple’s banking software, xCurrent.

Libra is scheduled for launch in the first half of next year. The Ripple CEO cited a recent article on CNBC that stated that Facebook has launched a cryptocurrency. He argues that the social media giant has not really launched any crypto so far. Instead, they have just announced their intention to do so in 2021.

Facebook intends to roll out crypto for its billions of users. After the token joins the market, users can make payments on different online networks like WhatsApp and Messenger. Previously, Garlinghouse was on record saying that a crypto project by JPMorgan Chase misses the whole point of cryptocurrencies.

Ripple has partnered with MoneyGram to offer cross-border payments and foreign exchange settlements with digital currencies. As part of that deal, MoneyGram is allowed to draw up to $50 million from Ripple as an exchange for equity. Now, Garlinghouse is confident that Facebook, Bitcoin, and Ripple will peacefully coexist in the crypto space.