Bitcoin Bulls on the Rampage, $10k Is Almost Here! 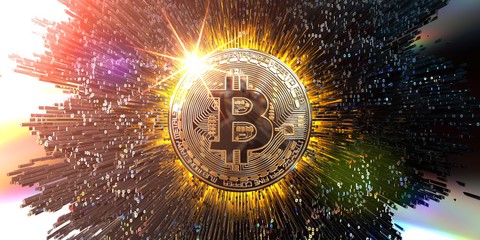 Since the start of April, Bitcoin started rising. After the persistent crypto winter of 2018, it now seems like crypto summer is here. Analysts and experts have repeatedly said that 2019 is the year for another all-time high from the most popular cryptocurrency.

In the past two months, the bitcoin bulls have been vehemently calling for huge gains. For some time, it seemed like the bears were trying to crawl back into the markets. However, based on recent trends, it seems like the market is for the bulls to dominate. The turn in events has made various investors and bitcoin proponents predict that it will rise up to a 6-digit price by the end of the year.

As it stands currently, the sentiment is bullish in the long term. Moreover, analysts believe that the round, landmark number of $10k could materialize any time now. A notable bitcoin bull and a senior market analyst at eToro, Mati Greenspan believes that currently, the momentum is building in the right direction.

Greenspan is not the only one who is predicting that the $10k handle is about to be smashed. Recently, Max Keiser said that bitcoin was ‘cooling up’ for a $10k push a few days ago. Now, it seems like Keiser’s time has arrived.

Another high profile bitcoiner mentioning $10k was Tyler Winklevoss. However, he went a step further. He said in a tweet that $15k would not be that far away from $10k. The crypto markets are definitely building momentum and it seems, for now, to be sustainable.

Facebook’s announcement of their new cryptocurrency, Libra, is seen by many to also assist in the sustenance of the upward momentum. Such a majorly influential company jumping into the crypto space has lent new legitimacy to cryptocurrencies. Additionally, with the halving of Bitcoin on the way in 2021, a FOMO run may soon explode.

Experts also believe that the increasing anticipation of a US Federal Reserve rate cut could also be helping Bitcoin to pump in value. When Bitcoin rose past $9600, on June 20, 2019, it recorded a 400-day high. Most investors who bought Bitcoin when it was soaring that long ago could have been burned.

Most of these investors could be asking when the Bull Run will take off. However, Bitcoin has surged from the $3500 bottom to almost $10k in less than three months. Max Keiser, Mati Greenspan, and Tyler Winklevoss would say that the Bull Run has already kicked off.