Bitcoin SV Surging Despite Many Delistings and Craig Wright’s Controversies 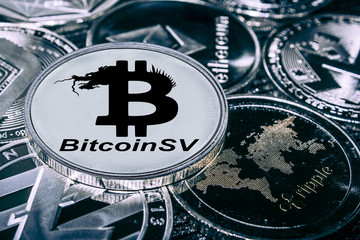 The cryptocurrency market has been bullish since the beginning of April when Bitcoin surged. The virtual currencies keep flexing their muscles in spite of the corrections taking place. The recent declines have not dented the upward trends shown by assets like Ethereum and Bitcoin which are sustaining above key support levels.

In May alone, Bitcoin soared over 67% adding onto the formidable gains recorded in April. At some point, BTC surged past $9,000 on several exchanges before correcting to flirt with the $7,500 support. However, the market leader so far has been Bitcoin SV (BSV). This controversial asset that came about after a split of Bitcoin Cash parent code has remained busy the entire time.

The lead developer, Craig Wright, has in the recent past engaged in Twitter wars with other leaders like Vitalik Buterin of Ethereum and Changpeng Zhao of Binance. Amidst all these controversies, BSV surged massively gaining over 231% over the month of May. Currently, the token is trading at $229 with a market cap of $4.08 billion.

The drop in the crypto prices on Tuesday saw BSV dive towards $215 before rising again to threaten $235 on the upside. The surge in May could have been triggered by Craig’s filing of the copyright registration for the original code of Bitcoin. Although the copyright registration does not prove that Craig is the real Satoshi Nakamoto, it assured investors that Craig is heading in the right direction.

Following that filing, BSV responded massively by exploding over 200% on various exchanges. Nonetheless, Coin Center’s executive director cautioned that registering a copyright is just filing a form. He added that the Copyright Office only registers the validity of a claim but they do not investigate its validity.

For now, there is no official way of changing any registration. Whenever any competing claims come up, the Office registers them all.

BSV’s further gains have links to a piece of fake news that circulated in most of China. The news detailed that Binance had agreed to re-list BSV. It further stated that Binance even sent apologies via Twitter. All that was purportedly done after Craig Wright transferred 50 bitcoins from one of the biggest BTC wallets to Binance.