Tron (TRX) Surges 28% This Weekend in an Insane Rally 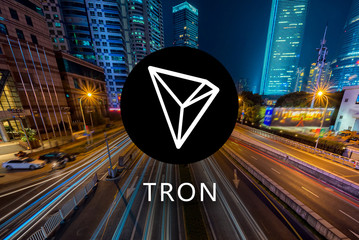 In the case that anyone wants to pump an asset’s market capitalization by at least $650 million in two days, they should learn from Justin Sun. The CEO of Tron Foundation said last week that he would make a big announcement after June 1. It remained a mystery of what the revelation would be. However, the price of TRX encashed the hype and surged.

The token’s rate on Sunday rose to $0.041 on Binance, a 10-month high. However, it has since receded to $0.0376 during the early hours of the Asian trading session on Monday. The weekend surge took Tron’s weekly gains to over 55% including an almost 28% surge during the weekend. At the weekend’s peak, the token achieved a $2.71 billion market capitalization. But, the price has corrected slightly taking the market capitalization to $2.509 billion. Sun’s so-called announcement succeeded in ensuring that the token surged which created a pretty picture on the charts. Nonetheless, a small splash of red will undo all the work and in the case of Tron, such threats should never be ignored. Sun is known to historically project small acts as breakthrough phenomena.

The crypto community remembers when the CEO created hype about partnering with ‘a behemoth with a valuation worth billions of dollars.’ However, it later turned out that Tron hired China-based Baidu to use their cloud computing solutions.

The TRX price reacted positively to that news and gained 2% even though the fundamentals, in that case, were misleading. Moreover, to shake the conscience of ardent Tron holders, the Sun bragging about having over 1 million followers on Twitter did the trick.

The CEO in March took it upon himself to prove himself as the best known and most popular crypto-celebrity on Twitter. However, it caused embarrassment to him and his supporters when it was discovered that thousands of these followers were fake.

What’s more? If memory serves right, the community will also remember Sun’s Tesla Giveaway debacle. He had promised to award the expensive car model to one of his lucky followers. It turned out that Sun awarded the winner a return economy class tickets to a selected Tron blockchain event. Tesla lost another opportunity to sell a car in that instance.

Sorry I didn’t give you a Tesla, but instead we’ll give you two economy class tickets to attend our conference. That’s basically the same thing, right? https://t.co/Hdu9ARyA76

It is evident that buyers will always buy whenever a near-term opportunity arises in Tron. For that reason alone, the price of TRX surged in the past two days. However, the long-term picture somehow indicates that Tron is becoming a pro-trolling marketing campaign. Traders can enjoy the rally while it lasts. 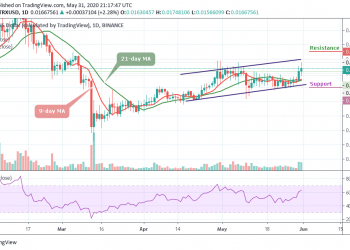 Tron Price Analysis: TRX/USD Bulls Show up Again but Can the Price Get to the Next Level?