China to Speak Out on Trade Talks with the U.S. on June 2 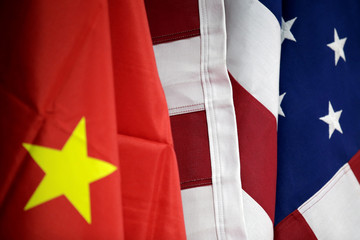 The information office of China’s State Council has highlighted the ongoing US-China trade tension. The cabinet confirmed that it will release a white paper on Sunday, June 2, explaining the progress of the US-China trade talks. The news was reported on June 1 by the official Xinhua news agency.

The Council will release the document at a 10 a.m. news conference hosted by the office. Cabinet representatives say that the document will come with the title ‘China’s Position on the China-U.S. Economic and Trade Consultations’.

The ongoing trade tensions between the US and China have affected many sectors of the global economy. One of the most affected is the petroleum and crude oil industry. The US sent a shiver down the whole global market infrastructure. The tariffs and sanctions caused the prices of brent to plunge alongside S&P 500 futures a while ago.

These signs of US-China trade war escalation affect the global market sentiment. In the meantime, gold prices surged as the defensive mood weighed heavily on bond yields. Nevertheless, the rally stopped when haven demand affected the US dollar undermining the appeal of anti-fiat alternatives.

Evidently, they put a lot of pressure on brokers which tends to disappear as quickly as it appeared with businesses in China experiencing no change whatsoever. Many local firms registered in China also had to deal with pressures from the People’s Bank of China and the State Administration of Foreign Exchange.

These are some of the main areas that the tensions between the two global economic powerhouses have affected. For now, all eyes turn to the Beijing whitepaper to determine where the trade talks are headed and how it will affect the global economy in the near future.