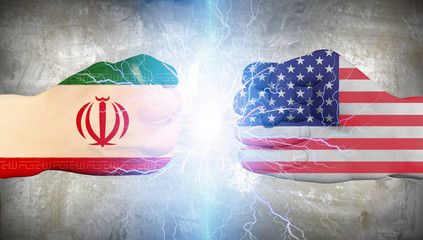 The oil industry has experienced mixed outcomes in recent years due to the tension growing in the global market. Last Friday, oil prices plunged on expectations that OPEC would soon increase output. The hope that output would increase was sparked by a belief that OPEC would make up for a decline in exports from Iran.

However, the oil prices are on course to reach the longest extension of weekly gains in many years. The oil markets have tightened due to supply disruptions coupled with rising geopolitical concerns. The main catalyst being the current tensions rocking the Iran and United States relations. Brent crude futures were hovering at $74.18 per barrel, down 0.2% or 17 cents from the last close.

On the other hand, U.S. West Texas Intermediate (WTI) crude futures were down 0.5% or 32 cents trading at $64.89 per barrel. This dip came after Brent’s rise above $75 per barrel for the first time in 2019 on Thursday. The rise was catalyzed by Poland, Germany, and Slovakia suspending Russian oil imports through a major pipeline. They complained about the poor quality that accounted for this major suspension.

After that major suspension, significant parts of Europe were cut off from a major supply route. U.S. West Texas Intermediate is on track for its eighth successful weekly gain. That run ranks the longest since the first half of 2015. Brent is also set for a 5th weekly price gain which is the longest stretch since April 2018.

Oil has risen in the past due to supply cuts led by OPEC and US sanctions on Venezuela and Iran. The crude futures are up approximately 40% so far in 2019. Fitch Solutions said in a note on Friday that the concerns around supply tightening from Iran, Venezuela, and Libya make the short-term view on Brent bullish.

Washington confirmed on April 22 that it would end all exemptions for sanctions against Iran. It also demands that all countries to stop importing from Tehran from May or face punitive action. To make up for this shortfall from the Iran saga, the US is pressuring Saudi Arabia, Iraq, and UAE to end voluntary supply restraints.

The US Goldman Sachs bank stated that the end of US waivers on Iran exports would need higher core-OPEC and Russia to offset them. Thus, no further upside price action will arise despite the volatility that is most likely to increase in the coming months.

According to Jefferies bank, a drop of 500,000-600,000 barrels per day now seems imminent for Iranian oil exports. Despite the US rallying support from other countries to shun Iranian oil, China, India, and Turkey may continue to import Iranian crude. Nonetheless, OPEC is expected to make up for the shortfall arising from the Iranian US saga.

Analysts expect some oil to still seep out of the country in spite of the US trying to drive Iranian oil exports to zero. FGE thinks that around 400,000 to 500,000 barrels per day will continue to come out of Iran down from 1 million bpd. China formally complained to the US over the unilateral Iran sanctions hinting that it will continue to import Iranian oil.