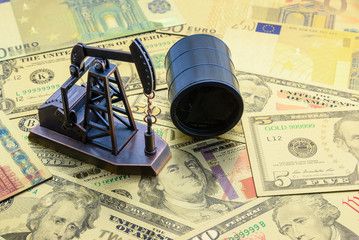 The global economy seems weak at the moment with mixed signals appearing to suggest that a recession may be on the horizon. The oil market has also not escaped the meltdowns. It has experienced a rollercoaster in recent years prompting stakeholders to take cautionary measures.

Nonetheless, the darkening economy has not slowed down deals and investments. Saudi Aramco confirmed on April 21 that it plans to purchase Royal Dutch Shell’s 50% stake in SASREF. An official statement confirmed that Aramco would get the stake in the SASREF refining joint venture for a staggering $631 million.

From Brexit to the sanctions that the US imposed on Iran to the fall of Libya, all these factors have significantly affected the prices of Brent extensively. However, Aramco is not slowing down. The sale is scheduled for completion in the last months of 2019 as stated in a joint statement by the two companies.

Saudi Arabia battened down the hatches simultaneously adjusting its economy to cope with a long-standing slump. However, the production rate in the country stands considerably high compared to its other major competitors. Saudi Aramco Shell Refinery Co (SASREF) is based in the Jubail Industrial City of Saudi Arabia.

SASREF is known to have a crude oil refining capacity of up to 305, 000 barrels per day. Ranked as the second biggest crude oil producer and the biggest oil exporter worldwide, Saudi Arabia felt the heat when prices dropped in 2014.

Historically, the Saudi Kingdom has always acted as a swing producer. It adapts its production to sometimes drive up and other times suppress the oil price. However, as the developing markets and the US shale boom mount competition, the Saudi companies are forming mergers to survive the turbulence.

The IEA (International Energy Agency) released the Global Oil 2019 market analysis and a forecast through 2024. The IEA prediction shows that the US will drive the entire world’s oil supply growth for the next five years. Hence, Aramco and Shell’s deal is seen as a strategic move to stay ahead of the competition.