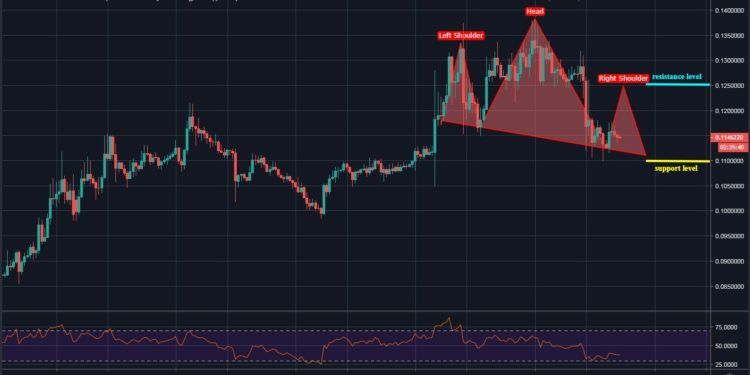 Despite the last week surge in volatility, XLMBTC solidly followed and continued trading within a channel range since March 19. XLMUSD appeared to be constructing a Head and Shoulder pattern after the April 2 price increase. However, Stellar markets follow a bearish sentiment.

The value of Stellar has been relatively low after the early April price increase which throws the market at $0.135 high. Creating a left Shoulder after a retrace to $0.0115 low, XLM climbs to $.0135 before dropping to $0.113 forming a Head yesterday.

A bounce up is expected at $0.125 resistance before a rejection to $0.11 support level, forming a right Shoulder to completing a Head and Shoulder (H&S) pattern. The bearish scenario is quite dominant on the 4-hours RSI; now closing the oversold territory.

If a bullish surge surpasses the right shoulder at $0.125 resistance, the next target for the buyers lies at $0.135 resistance level. In the opposite scenario, a break on the neckline could send XLM into more significant bearish condition. The bear, however, would locate quick support at $0.1 level.

For the past three weeks, XLMBTC had been following a falling channel formation with a strong bearish dominance after posting the 2019 high near 3000SAT. The slope rally is much revealing on the 4-hours RSI. Having touched the lower channel, a rebound is more likely to test 2400SAT resistance level any moment from now.

While Stellar market followed a bearish sentiment, the next downward rally is likely to bottom near the February 2018 reversal point at 2000 SAT support area. If such a scenario occurs, a strong demand force may reverse the trend again. A buying pressure could hit the next resistance level and above the channel; kick-starting a bull-run.

From the RSI signal, the sellers are nearly exhausted. The buyers seem prepared for the next upward move. At the moment, Stellar is still respecting the falling channel. 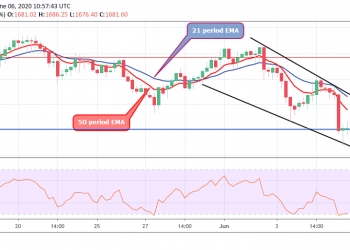 Gold (XAUUSD) Price Is Testing a Key Support Level, What Next? 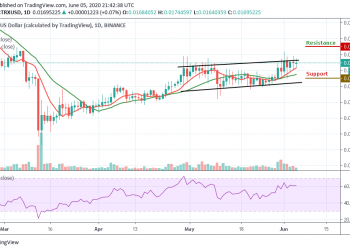 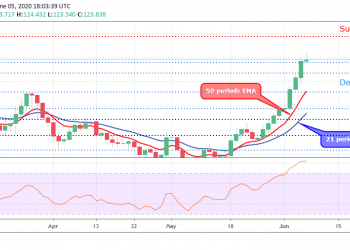