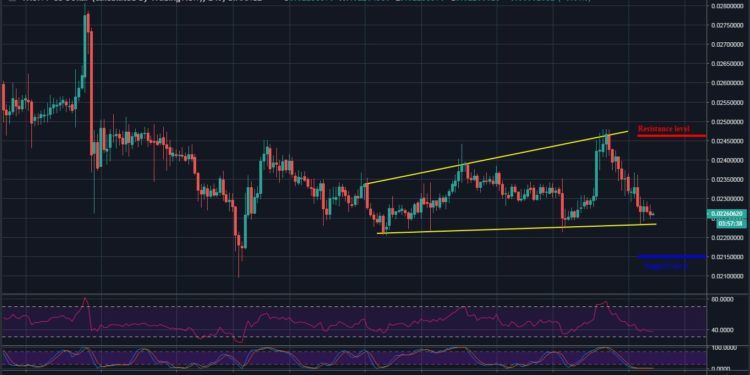 Recording a high of $0.0358 in early January, Tron market has remained substantially low as a result of low trading volume which is now estimated at $251.7 million. However, TRXUSD seems to be gaining recovery for the last two weeks, while TRXBTC is about to reverse the trend. In the last 24-hours, Tron holds a market cap valuation of $1.5 billion, losing 2.24%.

For the past two weeks, TRXUSD has been maintaining a rising wedge pattern after a touch at $0.0245 high which was followed by a retrace to the base of the trend line. As appeared on the current 4-hours RSI, the token is trading near the oversold line.

Tron market is now stabilizing at around $0.0227 price level in the last 4-hours of trading; sitting on the lower trend line. A breach on the lower channel could send price to early March support at $0.0215 and beyond. Looking at the 4-hours Stochastic RSI, a potential buy is suggested. The major resistance level to watch out for is $0.0246. Above the wedge lies a $0.026 and $0.028 resistance levels. However, this pair still ranges within the rising wedge.

Tron has been on a medium-term decline after a slight retracement to the peak of 620 SAT in early March before resuming back the slope trend to the near of 550 SAT low; respecting the yellow trend line as the 4-hours RSI significantly trends below the 58 level.

Two days ago, TRXBTC saw a surge to 610 SAT creating a resistance above the trend line before retesting the break-out level at 560 SAT support level. At this level, a possible rebound is more likely to rise price to the previous resistance level at 610 SAT. Surpassing the resistance level could trigger a bull run. 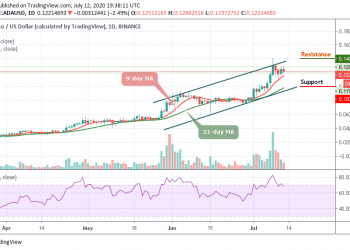 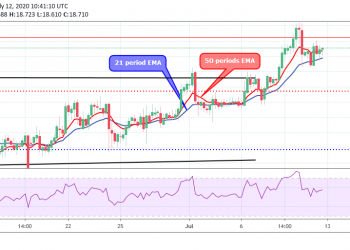 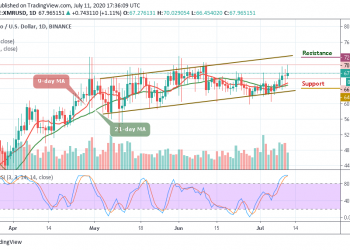