Bitcoin Pioneer Bets on Bitcoin, Expects it to Touch $250,000

He thinks that the existing period is a dead one and that this is not the end of the cryptocurrency.

by Justin B.
in Crypto news, Opinion
6 min read 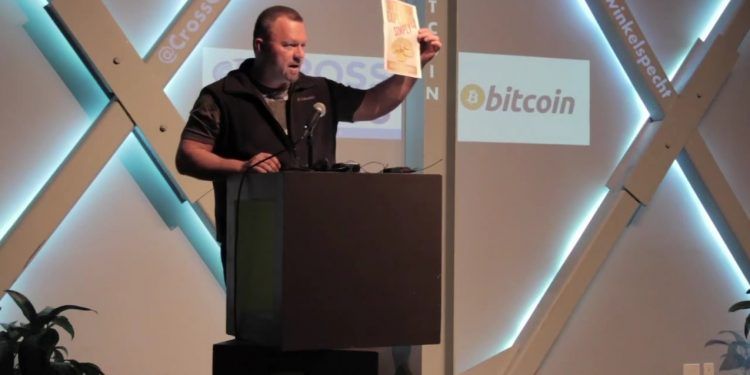 Bitcoin pioneer, Mark Jeffrey, who published BITCOIN EXPLAINED SIMPLY (2013) and THE CASE FOR BITCOIN (2015), bets that the digital currency will surpass the earlier highs seen towards the end of December 2017.

At the same time, there is nothing fresh to support his belief of a strong turnaround of the cryptocurrency. There is any number of supporters placing their bet, and the ground realities continue to be a challenging one. He thinks the cycle of boom and bust were an expected one only and that the long-term continues to be bright.

Mark is an early pioneer of blockchain technology and is now looking to see the digital coin hitting $250,000 though he failed to provide the time-frame.

His comments or prediction has not changed the sentiments of traders of cryptocurrencies. Most recently, he explored the evidence and claims that pointed towards the virtual asset being driven to a painful death. While some experts termed the year 2018 as the starting of “crypto winter,” there were others who saw the digital currency moving towards a “nuclear winter.”

However, Jeffrey is not surprised by the down-trend and believes that the long-term is solid. In his talk with Micky.com, he said that the latest is reminiscent of the dot com boom and only brought back the memories of the late nineties and early 2000s. He added,

“We’ve just gone through the analog of that cycle in the crypto universe in a compressed timeframe. So in the dot com boom and bust cycle, it was about four and a half years, maybe five years. In the crypto world, it was about a year and a half. So it was a lot faster.”

Jeffrey termed it as crypto investment mania that caught the people in 2017 and early 2018. He thinks that people were over-enthusiastic and extended a bit too far only to be scared in the end.

He reminded that even the conventional markets had witnessed not only volatility but crashes. Therefore, he believes that volatility and crashes are not restricted to cryptocurrency alone. Most of the supporters think that institutional money will add color to the digital coin thus boosting its adoption rate.

Jeffrey thinks that things will change even as he was pointing the current market trend. He thinks that the existing period is a dead one and that this is not the end of the cryptocurrency.

Terming the current period as a middle and second part, he thinks that there is a third party. That will focus on the return of the digital coins through the market is yet to reach that part. In any case, he is confident that it is coming.

Most influencers and experts have shared their opinion and price predictions for Bitcoin in 2019. If you are wondering what are their bets on Bitcoin Price in 2019 – here’s the summary of twelve of these forecasts.