Amalgam Partners with LA Clippers to Educate Fans About Blockchain

The three-year partnership will educate Clippers fans about the benefits of blockchain technology. 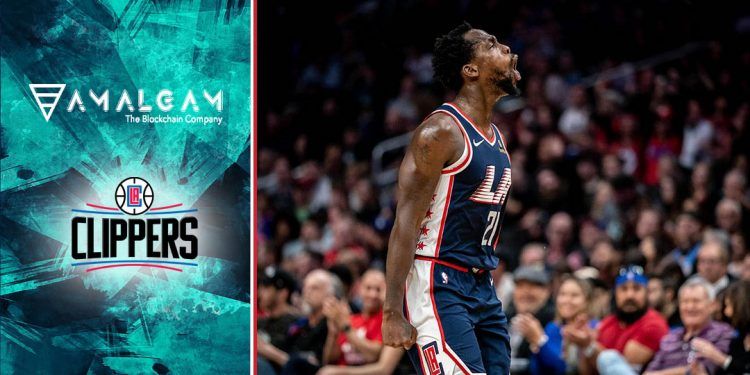 Los Angeles-based startup Amalgam, the blockchain company, today announced it has become “The Official Blockchain Partner” of the L.A. Clippers.

The three-year partnership will educate Clippers fans about the benefits of blockchain technology through “Blockchain 101” activations, events and other traditional partnership elements. According to the release, Amalgam aims to change the way people see the technology.

Blockchain 101 will activate in section 101 at Staples Center for select Clippers home games. Fans sitting in the section will receive educational information about blockchain technology and its everyday applications. Amalgam will also serve as the presenting sponsor of Block of the Month and Halftime Defensive Stats video features and receive other signage elements at Clippers games as part of the partnership.

Blockchain technology, the underlying platform that powers cryptocurrency, can seem overly complicated and foreign to the everyday consumer and this innovative partnership aims to help fans understand how it can be integrated into everyday life.

Amalgam’s CEO, Jeremy Jordan-Jones said that partnering with the L.A. Clippers, a franchise whose ownership is known for raising the bar with tech standards was a no-brainer and indicated that Amalgam is honored to partner with the Clippers and are incredibly excited to set the new standard for blockchain technology across the board. He added,

When we began in 2017, we had originally set out to create a supremely safe cryptocurrency that could be used in everyday transactions, anywhere around the world. However, during our mission, we realized the untapped potential that blockchain technology has to revolutionize the way that we exchange money and information. This ultimately led us to develop not just a much safer cryptocurrency, but a practical, easy-to-understand technology ecosystem powered entirely by blockchain.”

Not the Only NBA Campaign Related to Crypto and Blockchain

Such partnership between Amalgam and LA Clippers is not very exceptional as in July 2018, Sacramento Kings announced that the team will start mining Ethereum using Nvidia mining rigs, and the majority of the mined crypto will donate through charitable program Build Black.

Furthermore, in September 2018, Bitmain Technologies unit, AntPool, which is engaged in bitcoin mining, planned to invest about $500 million in Texas as part of its expansion in the United States. For this purpose, the company tried to push itself through a sponsorship route by roping in Houston Rockets basketball team.

On top of that, the former LA Lakers basketball megastar was confirmed as the special guest speaker to grace the highly anticipated niTROn Summit. The blockchain summit will be hosted by TRON on January 17th and 18th in Yerba Buena Center, San Francisco.