Cardano has Shot Off the Fireworks: Published the Proof of Stake (PoS) Paper

This development might have a huge impact on Cardano and cryptocurrencies in general. 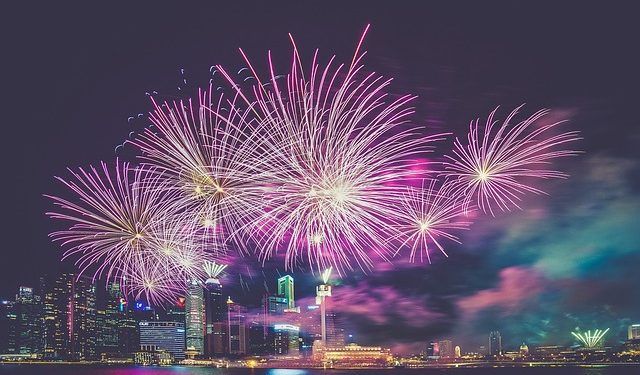 IOHK published the Proof of Proof of Stake (PoS) paper. The paper is fundamental to having sidechains on PoS systems and is the first rigorous definition of sidechains in PoS. This development might have a huge impact on Cardano and cryptocurrencies in general.

Sebastien Guillemot, who is Ex-Microsoft. R&D Engineering Lead for EMURGO and is also contributing to Cardano, expressed: “What a way to end the year!!!” and the community fully supported him by saying:

“Yes, Cardano has shot off the first fireworks of 2019 ahead of any New Year celebrations to occur around the globe!!!”

The statement says, that Sidechains have long been heralded as the key enabler of blockchain scalability and interoperability. However, no modeling of the concept or a provably secure construction has so far been attempted.

Cardano provides the first formal definition of what a sidechain system is and how assets can be moved between sidechains securely. Furthermore, ADA will provide a sidechain construction that is suitable for proof-of-stake (PoS) sidechain systems:

“As an exemplary concrete instantiation we present our construction for an epoch-based PoS system consistent with Ouroboros (Crypto~2017), the PoS blockchain protocol used in Cardano which is one of the largest pure PoS systems by market capitalisation, and we also comment how the construction can be adapted for other protocols such as Ouroboros Praos (Eurocrypt~2018), Ouroboros Genesis (CCS~2018), Snow White and Algorand.”

EMURGO and ADA is On the Roll

EMURGO, the company that drives the ADA adoption, is doing a tremendous job in developing the future for Cardano as recently the company introduced a much anticipated Cardano crypto card in Seoul, South Korea.

The solution is possible thanks to EMURGO and Metaps+ partnership. As the result the partnership will deliver a solution for South Korea residents to use their ADA at more than 33,000 retailers, marking a huge step in the adoption of Cardano.

To conclude, Cardano did huge improvement with its recent Cardano 1.4 release, which brings major enhancements while simultaneously resolving some network connection issues that affect many users previously. Also, the update brings remarkable improvements with regards to the hard drive space needed to store the blockchain and more.

By the way, Trezor wallet integration for Cardano is here also.

#Emurgo Breaking News!⚡️Trezor wallet integration for #Cardano‘s $Ada is HERE! Read our blog post for more information on this and other announcements! https://t.co/vkVHr5S5qk cc: @IOHK_Charles @Cardano