TRON to Get Listed on MBAEX, Biggest Blockchain Trading Platform in South-East Asia

MBAex is the biggest blockchain trading platform in entire South-East Asia and it runs on blockchain technology. 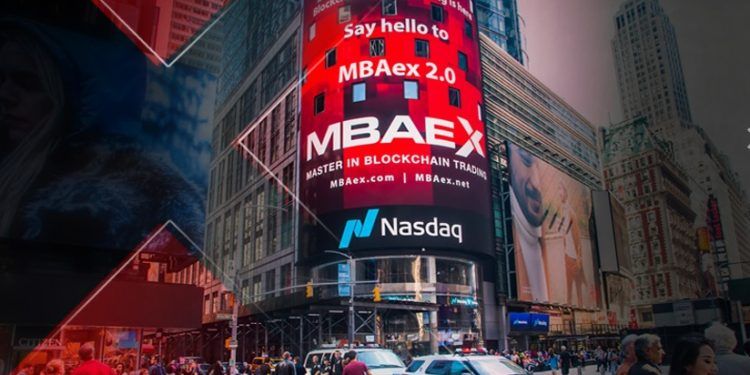 TRON to Get Listed on MBAEX, Biggest Blockchain Trading Platform in South-East Asia

Justin Sun founded and launched the TRON Foundation in September 2017. The company is based in Singapore and has a crypto associated with it known as Tronix (TRX).

On December 4, 2018, Justin confirmed via a tweet that TRX will be listed on MBAex. It is the biggest blockchain trading platform in entire South-East Asia and it runs on blockchain technology.

The Tron coin is ranked among the latest and most successful cryptos on the market currently. However, their aim is different from all the other typical cryptocurrencies. The Tron Foundation majorly focuses to partner with the entertainment industry.

Nonetheless, the company works on the same decentralization concepts and distributed storage technology. However, it aims at the colossal global content and entertainment industry.

Justin has attended many blockchain and crypto events trying to sensitize the crypto world about the advantages and benefits of TRX.

All content sharing will get done via the blockchain and the supporting peer-to-peer network technology. The traders and investors referred to as #TRONICS can deposit #TRX starting on December 6 (SGT).

Active trading on this platform will start on December 7 (SGT). The available trading pairs will be TRX/MDP, TRX/USDT, and TRX/BTC. Despite the current market meltdown, TRON has overtaken Ethereum ranking as the most popular decentralized application (dApp) platform worldwide.

Reports from DappRadar show that TRX is coping with the meltdown way better than many of its peers. The recent growth of this token is also attributable to Justin’s announcement that they will incorporate private features to the virtual currency’s network early 2019. This move was welcomed by many MBAex traders and investors.

The stakeholders believe that the new partnership will result in profitability as the short-term charts show that the TRX bulls are taking over.

TRON is also establishing a blockchain gaming fund called the TRON Arcade, a 100 million USD game fund. They intend to invest around $100 million into the project within the next three years.

Thus, the listing of TRX on MBAeX is seen as a strategic move to stabilize the currency’s price by instilling confidence and positive sentiments to the investors.

TRON is now on Blockfolio signal

Every investor strives to be informed about important changes and news regarding asset he invested. Since Blockfolio is number one platform worldwide for tracking the portfolio it is kind of a big deal that TRON (TRX) is now live on Blockfolio signal as well.

It means since now you can follow the asset price and news on the same screen and stay close to your asset with no additional efforts.

#TRON is excited to join the @blockfolio Signal beta, a leader in mobile portfolio tracking and management for the crypto and blockchain industry. Follow us on the platform for the latest updates from our leadership team. $TRX pic.twitter.com/7LsTcqE4X2