UBS Global Wealth Management's chief economist Paul Donovan buries Bitcoin and says that cryptocurrensies are nearing the end of the road. But is it? 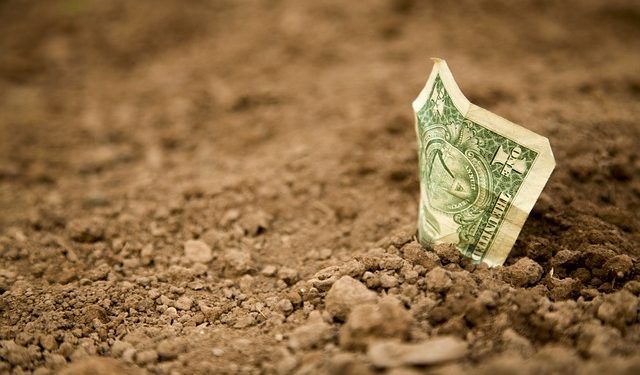 During the interview, UBS Global Wealth Management’s chief economist Paul Donovan “buried” Bitcoin and said that cryptocurrencies are nearing the end of the road because there’s lack of regulations and store of value in all digital assets.

he said on CNBC’s “Fast Money” and named them as ‘fatally flawed.’

He also saw this plunge coming since back in 2017 December, when Bitcoin rally began. Paul knew that unfortunate and destructive scenario finally will come.

“The main problem with these things, the absolute fundamental flaw, is that they’re never going to be a store of value,”

“Every economist knows the store of value is about balancing supply and demand, and with cryptocurrencies, you cannot control the supply in response to the drop in demand.”

Despite the fact that in history there were way bigger retracements and Bitcoin plunges before he still said that this 80 percents retracement “is not healthy” and thinks the cryptocurrency could be in its “death throes”.

If the cryptocurrencies are nearing the end of the road, why “Bulls” still want to join the party?

Why would NASDAQ, Bakkt and Fidelity worry about cryptomarkets then? Why they put a huge effort into making Bitcoin futures available for institutional investors? Do you think they have not enough money already? They have more than they need.

Actually, all this “bulls” coming to party scenario remind of legendary movie “Fast and Furious” released in 2001.

The producer back then said, that it is not the movie who brought everyone into the streets to show their car builds, it’s the guys who were already fostering automotive culture inspired movie to be created.

It means, that there is the high possibility that institutions are already striving to enter cryptomarkets and works like the main catalyst for “bulls” to prepare the platforms. Do you think they still would do this without having any guaranteed customers?

By the way, in a wild December 2017, retailers were the ones who were able to raise cryptocurrency market cap to $800 billions. Do you imagine what institutions can do?

Please note: Cryptovibes.com is not a financial advisor. Do your own research before investing in any financial asset. We are not responsible for your investing results. This article is a personal author’s opinion.