A History of the Bitcoin Plunges. It is Not a Bubble

Some believe that only the uneducated refer to Bitcoin as a bubble and are comparing it to Tulip and South Sea. 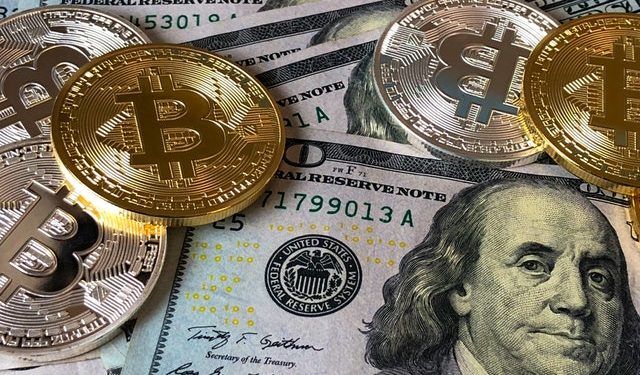 Pexels.com / Bitcoin and US Dollars

The price of Bitcoin is always oscillating in relative fiat value. In December 2017, it reached an all-time high before plummeting by around 70% in early 2018. There have been four notable declines in bitcoin price since 2011. The current slide is not yet the worst ever witnessed.

Even amidst all these chaos, the experienced traders and analysts remain unfazed since they have already been down this same road before. Some believe that only the uneducated refer to Bitcoin as a bubble and are comparing it to Tulip & South Sea.

Furthermore, back in October 2017, the NASDAQ reviewed its 5 reasons why Bitcoin is not a bubble becoming an additional catalyst for Bitcoin’s Bull run 2017.

Currently, the latter went down and out while Bitcoin keeps roaring back after every correction.

While uneducated are calling Bitcoin a “Bubble” & comparing it to Tulip & South Sea they dont realize that the latter crashed and never came back, while Bitcoin came back roaring each time after few corrections. We are onto something huge folks! Dont let the “experts” confuse you pic.twitter.com/azRKcQzqT3

Every cryptocurrency investor is now acclimatized to holding through a correction and they almost term it as a rite of passage.

Back in the day, Bitcoin was in its ‘Wild West’ era. Very few exchanges existed. In such conditions, liquidity was minimal. Thus, when the price rose from $0.95, the drop that followed was the largest ever recorded so far. Bitcoin price rose up to $32 in mid-June 2011 before diving back to $2 in November. The 94% decline was the worst in the history of Bitcoin.

Nonetheless, those who held on through the turmoil made great profits later. Back then, Bitcoin was not as popular as it is today and it was somewhat an experiment. $32 seemed like an excellent take-profit level and many traders started cashing in.

The price had more than doubled from the lows of $2 by the end of 2011. Bitcoin started the year at $4.50 and increased to over $7 in January. From around $7.40 it plunged a nervous 49% to around $3.80 around the end of January. Some investors got eliminated from the market.

Bitcoin remained stable in most of 2012 rising gradually to peaks of $17. By the end of the year, it gained rapidly and started 2013 at around $13.00. Early 2013, the crypto market gained momentum which pushed Bitcoin to highs of $49 before a one-day correction pulled it back to $33.

Many new traders and exchanges together with massive media coverage propelled bitcoin to highs of $260. An outage at Mt. Gox and buyers cashing in led to a massive decline. What started as profit-taking altered into a full-on nosedive that bottomed at $40 representing a total loss of 83%.

The infamous 87% loss happened in November 2013. As it is evident, the bitcoin bulls tend to gain agitation late in the year. The November to January era of 2013 seems similar to the last few months of 2017. New traders joining the market and elevated media coverage helps Bitcoin reach unimaginable highs.

In late 2013, the price hovered around $1,200. The digital currency recorded 411 days in the correction which is blamed for the epic implosion of Mt. Gox. Markets lost $500 million. The market struggled to surpass the post-November low and only managed to do so in January 2015 at almost $150.

Exactly 5 years after Bitcoin reached the $1,000 mark, it rose rapidly to surpass $10,000. The bulls had their time since the markets rose up to almost $20,000 in mid-December before losing steam. Those who had acquired Bitcoin even early in the year at $750 gained considerably. In December, a minor correction took bitcoin down to $14,000 before it rallied back to $17,000.

As time went on, concerns about Bitcoin’s sustainability emerged and the decline started. Support emerged at $5,900.00 which was the mid-to-late 2017 level when the price started rising. However, 2018 started with the bears in control and the current price range of around $4,300 represents 79% decline.

The repeated boom and bust serves as an optimistic signal. Bitcoin keeps on gaining popularity with media attention and retail investors making it remain relevant. All through the technical difficulties, regulatory pressures, and multiple corrections, the crypto has remained a leader in the blockchain revolution.

With the whales making waves whenever they like and more speculative buyers entering the market, Bitcoin’s future seems anything but transparent. The current slide is not the worst in history yet. Thus, it is most likely that Bitcoin will rise again to greater heights based on historical analysis.