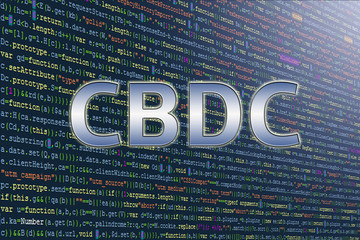 A survey of the continent’s central banks indicates that there is optimism about greater efficiency and inclusion. However, several drawbacks remain. Nigeria already has an operational retail CBDC.

Mobile money has been a strong competitor to central bank digital currency (CBDC) in Africa. Nonetheless, most of the continent’s central bankers have greater faith in CBDC, based on a Bank for International Settlements (BIS) report published on November 24.

African central bankers also saw bigger utility in CBDC for implementing monetary policy than bankers in other parts of the world, according to the BIS. Nineteen African central banks responded to this survey that served as a basis for the report, and all of them said that they were actively interested in CBDC.

Only Nigeria has issued a retail CBDC, the eNaira, meant for public use, while Ghana has a retail CBDC project in the pilot stage, and South Africa is now running a project for a wholesale CBDC, meant for institutional use.

A new survey with 19 African central banks shows that the main concern regarding #CBDCs is cybersecurity, even more than elsewhere. High operational burden for the central bank is also a bigger concern than in other regions https://t.co/FzkCq5POOD pic.twitter.com/XqYHjRwyRv

The provision of cash was listed by African central bankers as a major motivation for the introduction of a CBDC for 48% of respondents. A CBDC would save lots of money on the printing, transportation, and storage of banknotes and coins, according to them. Financial inclusion was mentioned by all respondents. Less than half the adult African population was banked in 2021.

Sub-Saharan African accounts for two-thirds of the world’s money transfers by volume and more than half of all users. The entry of CBDC into the field might improve competition and lower costs, according to the report. A CBDC would “support new digital technologies and their integration with the broader economy.”

Notably, issuing and operating a CBDC is a majorly daunting task:

“Here African central banks highlight aspects very similar to other EMEs [emerging market economies …]: network resilience, the cost, availability and combinability of technologies, and their scalability and functionalities. The operational cost of such a complex system is high.”

That was integrated with cybersecurity worries and the risk of low adoption in the minds of many of the central bankers. Bank disintermediation also ranked among the notable worries, although the bankers expected CBDCs to help implement monetary policy. The cost of remittances was a major concern for design.