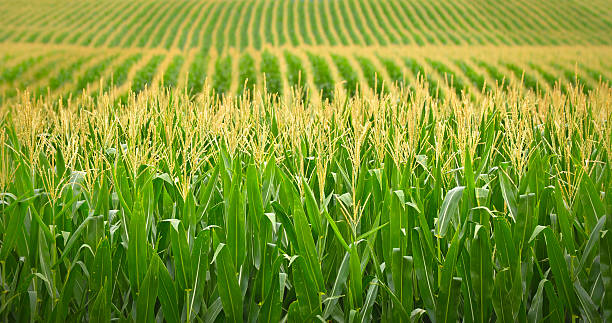 Montana farmer Sarah Degn had huge plans to invest the hefty profits she earned for her wheat and soybeans this year into upgrading her planter or purchasing a new storage bin.

But those plans have flopped. Everything Degn requires to farm is more costly – and for the first time in her five-year career, so is the interest rate on the short-term debt she and almost every other U.S. farmer depends on to grow their crops and rear their livestock.

“We might have made more money this year, but we spent just as much as we made,” said Degn, a fourth-generation farmer in Sidney, Montana. The interest rate on her operating note grew twice this year and will be higher next year.

The majority of U.S. farmers rely upon short-term, variable-rate loans they take out after fall harvest and before spring planting to pay for everything from seeds and fertilizer to machinery and livestock. 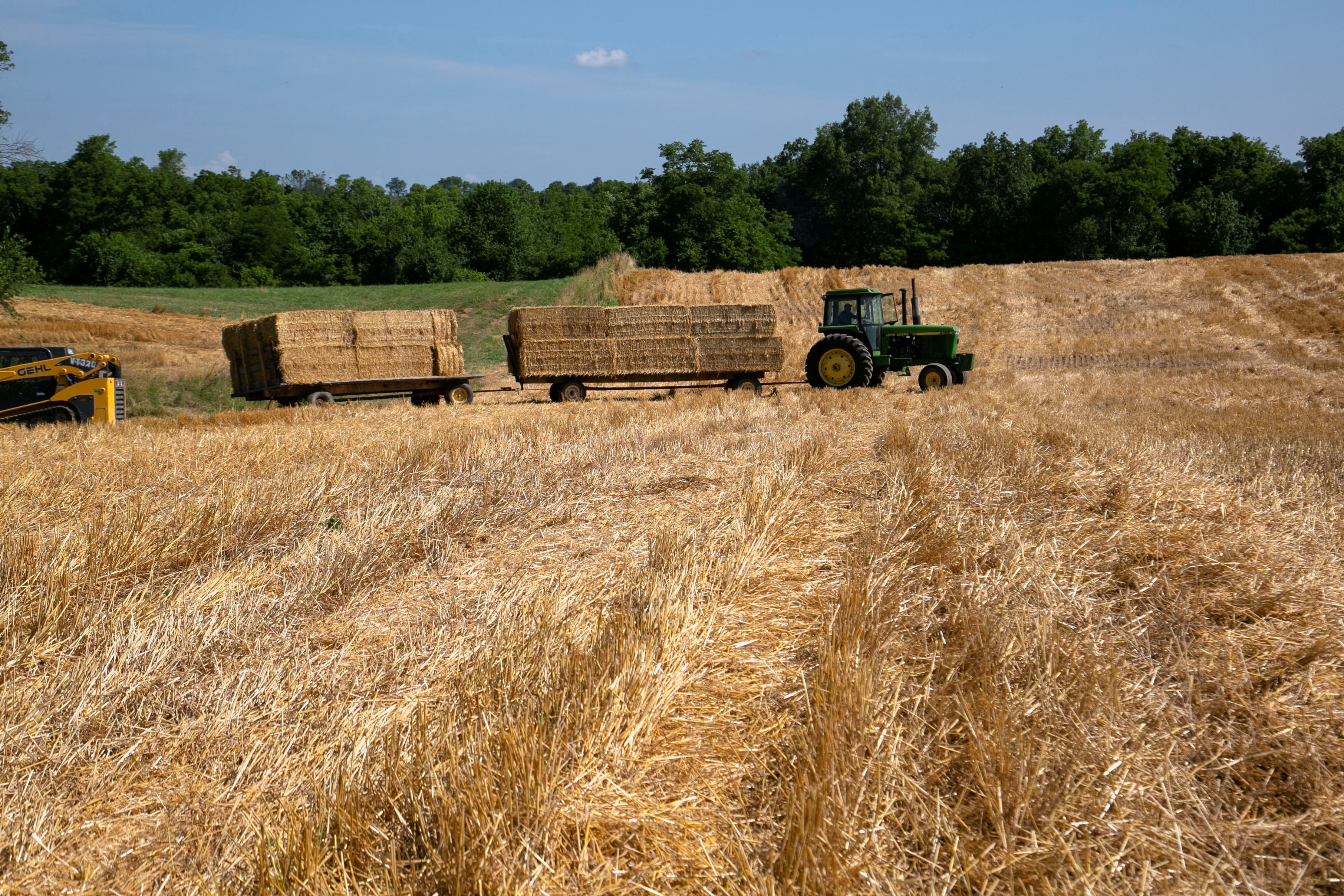 Farmers pay off these loans after harvest with money from their crops before repeating the process. Often, farmers attempt to take out loans by year-end or early January to make the most of suppliers’ early-pay discounts and to make sure they won’t be caught short as global supplies of chemicals and fertilizers remain tight.

Currently, producers are grappling with how to pay off that debt as interest rates hike towards the next planting season, according to interviews with two dozen bankers and farmers, along with data from the U.S. Department of Agriculture and the Kansas City Federal Reserve.

This increasing cost of credit is weakening some producers’ liquidity and causing them to consider reducing fertilizer or chemical application, or planting fewer seeds next spring. That, in turn, could lower crop yields, and place extreme pressure on the cost of producing that food.

All this occurs as crop prices and global demand are robust. U.S. grain and oilseed producers gleaned a boon this year when crop prices reached decade- or all-time highs, as the war in Ukraine hampered grain exports from the Black Sea region.

But that financial windfall occurred as widespread drought limited crops in the U.S. Plains and prompted cattle slaughter rates in Texas to rise. Fertilizer and fuel costs have surged, as have farmland prices and cash rents.

“[Farming] is a highly leveraged business, so about everything is financed,” said Casey Seymour, who runs a farm equipment dealership in Scottsbluff, Nebraska and manages the Moving Iron podcast. “There’s a lot of money out there being paid in interest.”

The U.S. farm sector’s total interest expense – the cost of debt taken on – is expected to reach $26.45 billion this year, almost 32% higher compared to last year and the highest since 1990, when adjusted for inflation, based on USDA data.

That sum is twice or more the amount borne by other U.S. industries, including the retail and pharmaceutical products sectors, where interest expense historically has been equivalent or higher, based on U.S. Census Bureau data. Farmers are securing larger loans owing to higher costs, despite the financial burden it dumps on their operations.

The average size of bank loans for running a farm has increased to a near five-decade high in outright dollar terms, based on Kansas City Fed data. The average interest rates of such loans are the largest since 2019, according to the data.

Most farm operating loans are likely to be variable, instead of fixed. Variable-rate financing carries lower rates compared to fixed-rate financing, but subjects borrowers to the risk of increased costs if rates soar.

The short-term federal funds rate is currently in a range of 3.75% to 4%, against a range of 0% to 0.25% in early March, just before Fed policymakers started hiking rates. Inflation is still soaring, however, and demand is high, and Fed policymakers have flagged they will continue hiking rates until they see broader evidence of their effect.

In agriculture, the squeeze is already here: The average interest rate of all farm operating loans is 4.93%, the most recent Kansas City Fed data showed.

Most farmers are paying more. Ohio soybean and corn farmer Chris Gibbs took up a $70,000 operating loan on May 1 with a 3.3% variable interest rate with his local lender at the Farm Credit System, a government-backed enterprise.

Surging fertilizer and chemical prices compelled him to take on more debt to cover those expenses, even as Farm Credit continued to hike costs every time the Fed increased rates. Now, his interest rate is 7.35%, and he believes it could hit 8% by year’s end – a 142% rise in eight months. Gibbs scrambled to repay the bulk of his loan by liquidating his crop, instead of storing it and selling it for potentially greater prices next summer. Machinery purchases have been suspended, and he’s trying to pay for inputs with cash.

“I have the highest gross value for my crop in my history of farming,” said Gibbs, 64. “If I didn’t, I would have difficult decisions to make and looking at what I can sell.”

The financial squeeze is being felt on equipment dealers’ lots, where farmers are abstaining from purchasing equipment on credit, based on interviews with four dealers.

Dealers said they are seeing banks strengthening underwriting standards, which can be an obstacle for newer and smaller farm operators looking for capital to buy equipment.

“It’s easier to get financing when interest rates are cheap because [banks] are willing to take more risk,” said a CNH Industrial dealer representative, who refused to be named. 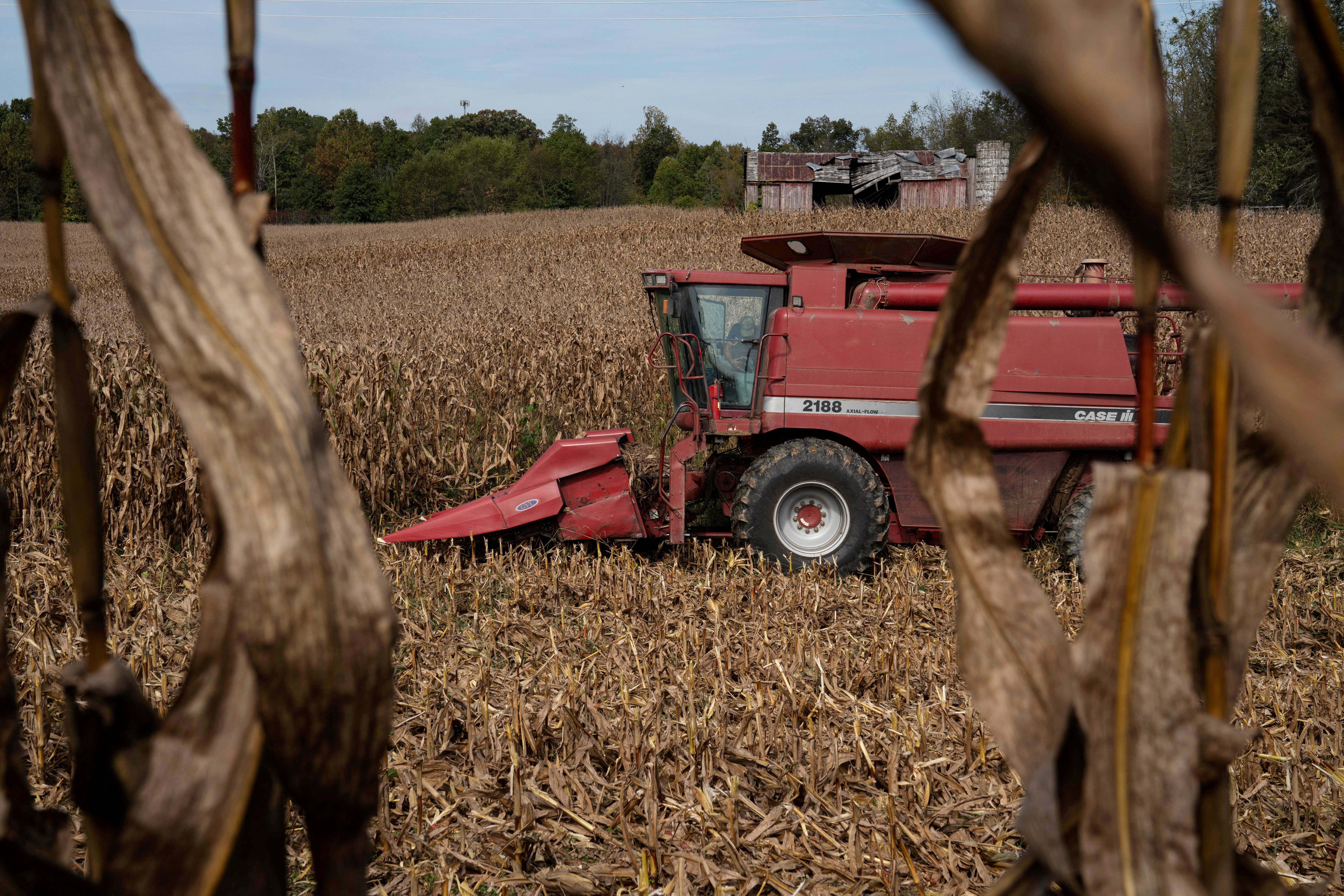 Farm equipment machinery loans now have interest rates up to 8.25% at Ag Direct, 8.14% at AGCO, 7.8% at CNH Industrial, and 7.65% at Deere, according to industry sources. The industry average nationwide is 5.86%, Kansas City Fed data showed.